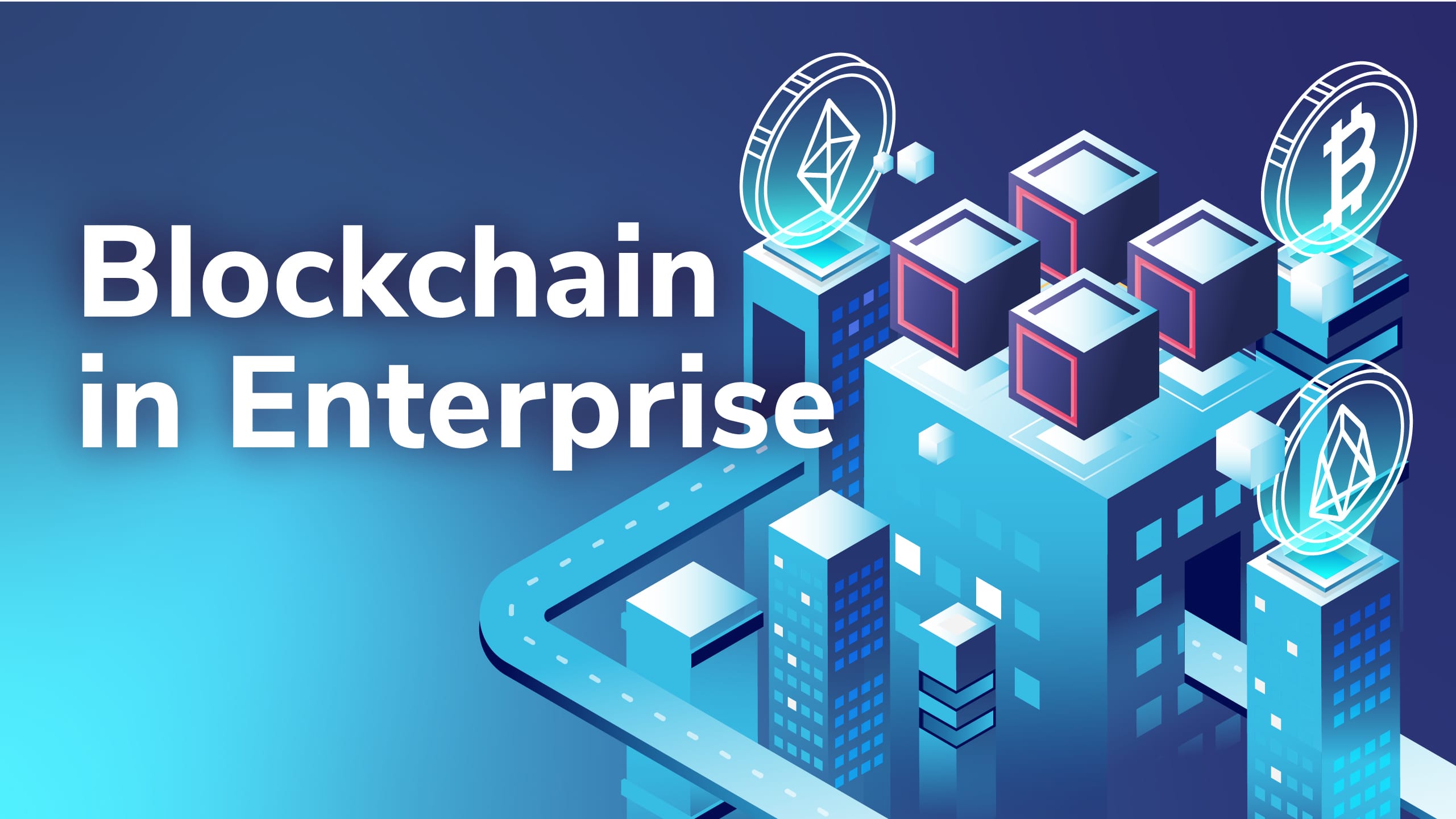 Those familiar with Deloitte’s Global Blockchain Survey will know that the main barriers to the adoption of blockchain technology in large companies relate to a lack of in-house knowledge, skills, and understanding, as well as an inability to understand and properly implement new blockchain systems.

However, this shows certain companies’ inability isn’t due to some underlying disinterest in blockchain technology. Rather, the data clearly shows that large companies are very interested in adopting blockchain for various tasks.

Instead, it demonstrates that the fact many organizations still aren’t using blockchain mainly is due to a lack of blockchain education in enterprises. Specifically, many enterprises currently lack the in-house resources to implement blockchain solutions properly. Luckily, though, there is an easy solution to this problem!

Learn more about blockchain education for enterprise today with Ivan on Tech Academy!

The State of Blockchain in Enterprise

Ever since the dramatic Bitcoin bull run of 2017, most people have been aware of blockchain as the fundamental technology underpinning cryptocurrencies. However, many of the world’s largest companies have seen through this crypto hype and realized that blockchain technology could be utilized in many other contexts than merely digital decentralized currencies.

Consequently, blockchain is currently being adopted by many of the world’s largest companies, who are looking at blockchain R&D and blockchain implementations as we speak. In that sense, the state of blockchain in enterprise is strong.

For example, industry giants from Walmart, IBM to Amazon, from Boeing to Western Union, and from AirBnB to Jaguar Land Rover are all exploring blockchain technology in order to find the best applications for them.

These implementations can be about anything from more accurately tracking parts, improving supply chain logistics, merely making information more transparent to speeding up financial transfers. In short, it’s easy to see why many Fortune 500 companies believe that blockchain in enterprise will provide a competitive advantage in the coming decade.

However, the picture quickly becomes bleaker when one looks at smaller companies. Small and medium-sized enterprises (SMEs) are still lagging behind considerably when it comes to blockchain adoption. Although there are naturally exceptions and dedicated blockchain startups, the majority of SMEs do not yet have blockchain integration plans.

This is a shame, seeing as blockchain could arguably do the most good in SMEs, as these represent the majority of enterprises worldwide. Just imagine a world in which most SMEs still hadn’t adopted the internet, and you see the vast blockchain potential.

Blockchain was famously ranked the top hard skill in 2020 by LinkedIn. Despite that, however, the selection for blockchain education for enterprises has traditionally been quite low. Traditional universities and colleges struggle to keep up with the pace of blockchain innovation and adoption.

As such, companies looking to bring blockchain expertise onboard usually end up having to hire expensive consultants or refuse to look into blockchain technology altogether. Furthermore, despite merely being extremely expensive due to their scarcity, blockchain developer consultants can choose to move on to other companies and projects.

Companies which are serious about getting into blockchain, or just want to continuously leverage blockchain technology, prefer to have their blockchain talent in-house. This can allow the blockchain team to work in tandem with other parts of the business, meaning that the company can have a more holistic view of blockchain implementation.

The best solution, then, is to either hire blockchain developers or – better yet – educate existing developers within the company for blockchain. Blockchain education for enterprise is a rapidly growing segment, and Ivan on Tech Academy offers a wealth of different courses.

These courses range from more overalls courses, such as Crypto for Beginners, a Blockchain Business Masterclass, or an introductory course to Blockchain and Bitcoin. Naturally, such courses are generally well-suited for everyone looking to understand blockchain, crypto and incorporate these in their enterprise.

However, Ivan on Tech Academy also offers much more technical blockchain education for enterprise alternatives. For example, there is everything from Bitcoin programming, Ethereum smart contract programming, JavaScript programming for blockchain to advanced EOS programming, and much more.

Seeing that Ivan on Tech Academy offers such a comprehensive suite of blockchain courses, there is really no better – nor a more cost-effective – solution for blockchain education for enterprise.

There are many different possible use cases for blockchain in business. Just yesterday, we on the Ivan on Tech Academy blog published a comprehensive breakdown of blockchain in healthcare, and the possible benefits this could bring. This naturally becomes even more evident in the light of the ongoing COVID-19 coronavirus pandemic, which has showcased many of the healthcare industry’s underlying issues.

Currently, the healthcare sector is fragmented with poor interoperability, transparency, and relies mainly on physical documentation. Just like in many different “blockchain for business” use cases, blockchain technology could fundamentally revamp how information is processed, shared and accessed.

Nevertheless, the healthcare sector is far from the only blockchain for business use case. Perhaps the most intuitive enterprise use is in the finance industry. This is, after all, where blockchain technology first saw the most institutional adoption.

The reason behind this was simple. The finance industry is aggressively governed by cost-efficiency and streamlining processes. Blockchain technology and cryptocurrencies allowed finance giants to move large amounts of funds across national boundaries more quickly, as well as employ digital ledger technology (DLT) to confirm and store transaction details.

Furthermore, these advantages can clearly be seen in the current financial landscape. Finance behemoths such as JP Morgan, London Stock Exchange Group, Fidelity, and Standard Chartered Bank are just some of the many actors embracing blockchain technology.

Seeing as these organizations are already ramping up the blockchain efforts, they are quickly building internal blockchain expertise. This will provide them with a substantial leg up on the competition, which has been slow to attract blockchain talent.

However, fret not! There is an easy solution for those companies who want to get into blockchain, but who believe it is either too cost-intensive or complicated to get started with.

Ivan on Tech Academy is a tried and tested online blockchain education platform. Over 20,000 students have already enrolled in the various online courses available on the site. Best of all, the blockchain courses require zero preexisting knowledge. The courses are also heavily geared towards real-life applications, making them practical and time-efficient.

As such, Ivan on Tech Academy is the perfect choice both for private and enterprise blockchain education purposes. With proven methods, countless thousands of satisfied students, and a variety of learning methods – including assignments, quizzes, lectures, and workshops – everyone enrolling will have a way to learn that fits them.

Ivan on Tech Academy has the perfect personal education background to offer a comprehensive, tailor-made blockchain education program for your enterprise or employees. Furthermore, the site provides a logical knowledge progression, meaning that anyone can learn to understand blockchain.

First and foremost, Ivan on Tech Academy’s enterprise blockchain education allows you to learn all there is about blockchain technology, from the basics to more complex concepts. After you’ve learned the ropes, there are also more specialized courses that can be suitable for your industry.

Additionally, you can also count on getting world-class blockchain experts as your personal mentors. Consequently, you will get quick feedback or help if you or any of your colleagues struggle with the enterprise blockchain education.

Upskill Your Employees to Be Ready For 2020 and Beyond

This means that it will become increasingly difficult – and expensive – for you to hire external blockchain consultants when this becomes a necessity. Instead of being reactive and suffer all the adverse effects of this paradigm shift, you should choose to look into upskilling your employees for 2020 and beyond with a proper blockchain education for enterprise purposes.

For any company, the main advantage will – of course – be that you then will get access to valuable in-house blockchain knowledge and know-how. However, your employees will likely also be thankful for this.

Anyone graduating from Ivan on Tech Academy can get a world-class certificate of completion, stating which courses these people took. This will provide a tangible benefit for your employees taking the courses as well, as most blockchain employers require certification.

Blockchain technology is oftentimes likened to the advent of the internet. Imagine if you had the chance to start preparing your company for the IT revolution 30 years ago. Today, doing so seems like a no brainer, but at the time, many companies were skeptical.

Ignoring blockchain technology, or choosing not even to get educated about it, is comparable to neglecting the rise of the internet mere decades ago. Do not make the same mistake as the companies that failed to go digital. Instead, you should upskill your workforce with blockchain education, so that both they and you will be ready for the coming decade.

To be clear, blockchain education in enterprise will most likely happen in small and medium-sized businesses (SMEs), just like it is already happening in some Fortune 500 companies. This is your chance to get ahead of the curve and prepare your enterprise for the advent of blockchain technology.

Simply fill out the following form, and we on Ivan on Tech Academy will get back to you with a walkthrough of the Ivan on Tech Academy platform, as well as provide any other information you might require. Tell us about your company and your needs, and we will offer you tailor-made suggestions.

What are you waiting for? Join the other companies that are already using Ivan on Tech Academy in order to stay competitive in the blockchain industry.

It doesn’t matter whether you and your company are completely new to blockchain technology, or if you are already experienced blockchain developers. Either way, a world-class enterprise blockchain education will only offer benefits to you. 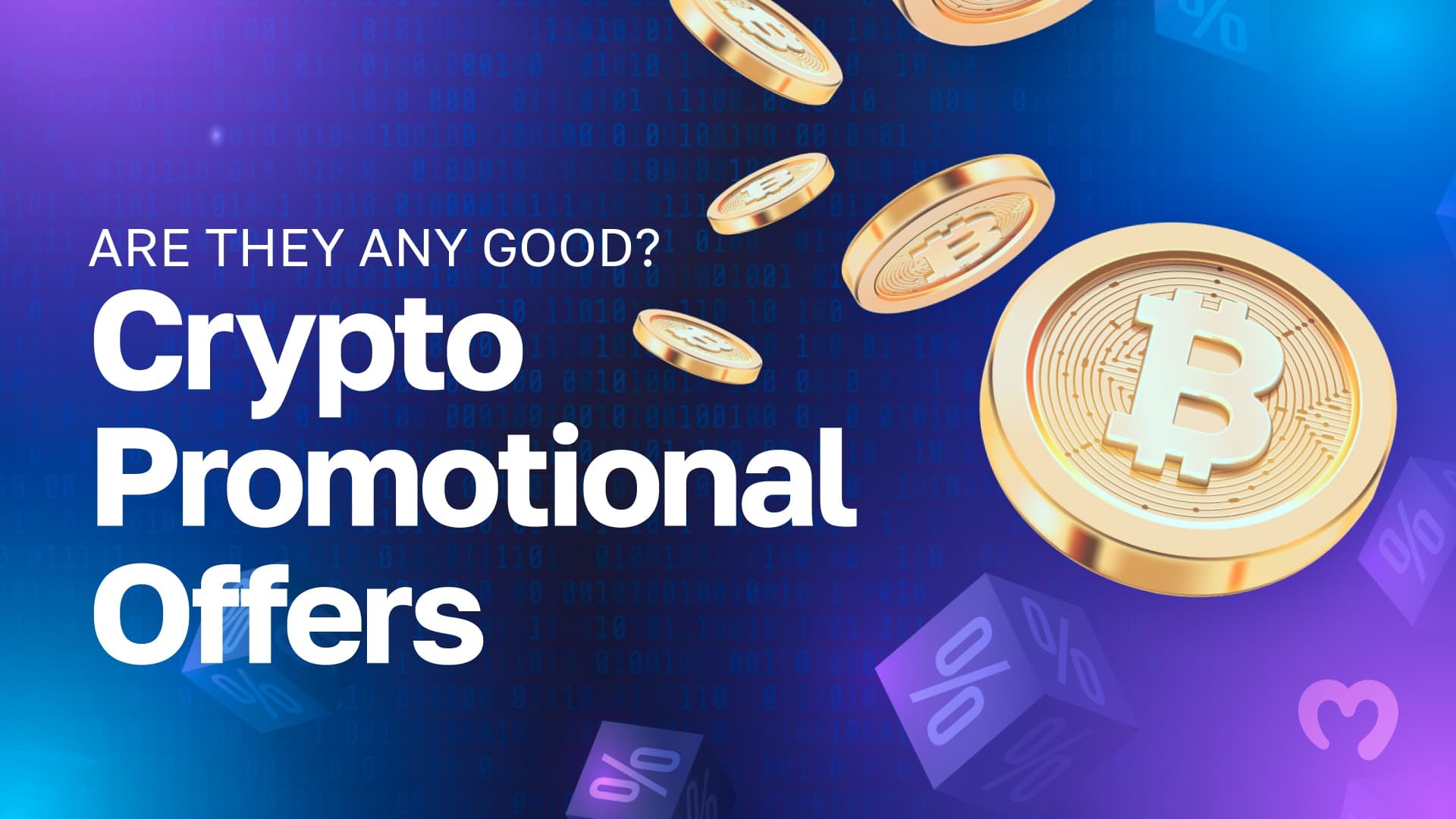 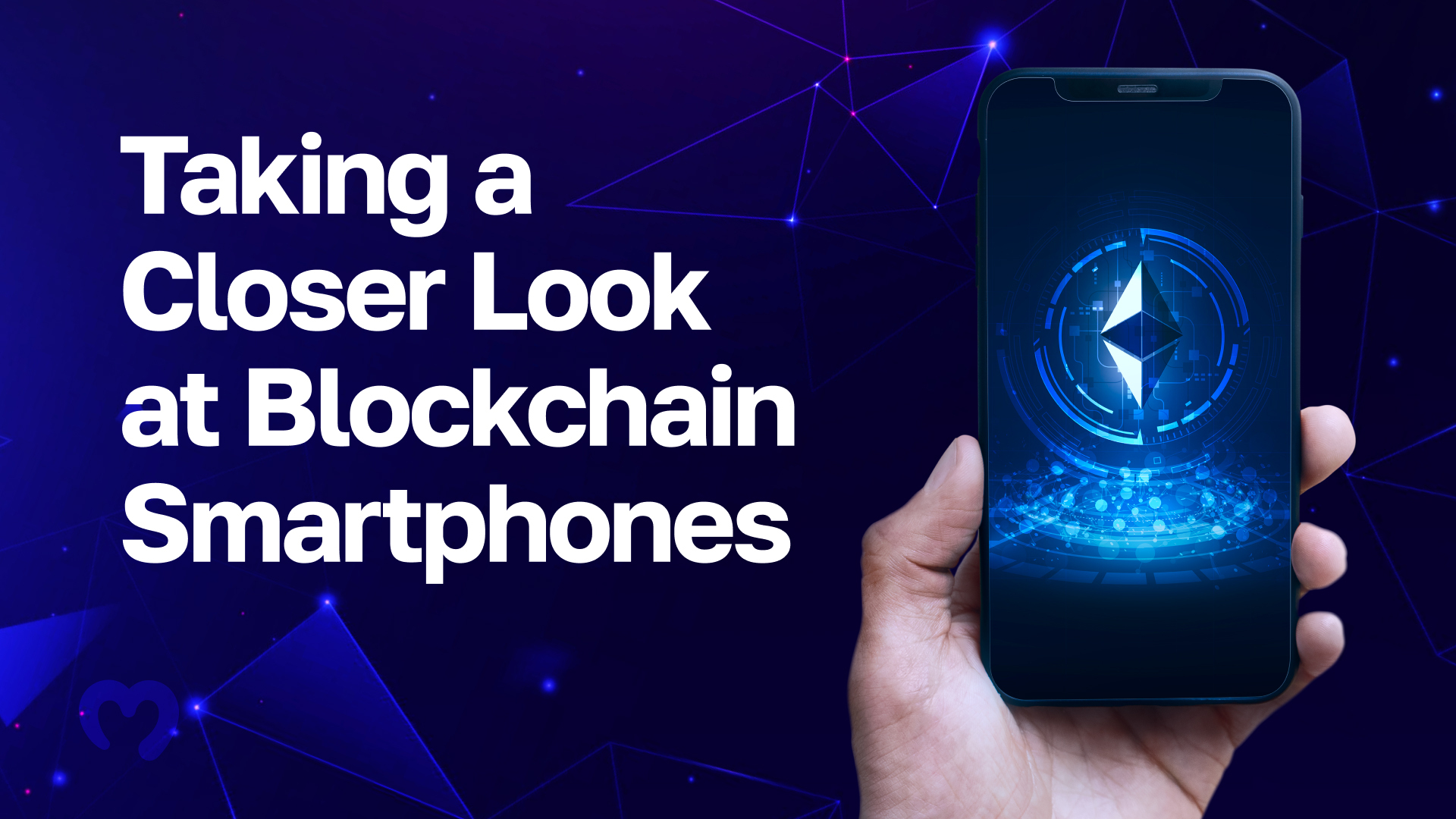 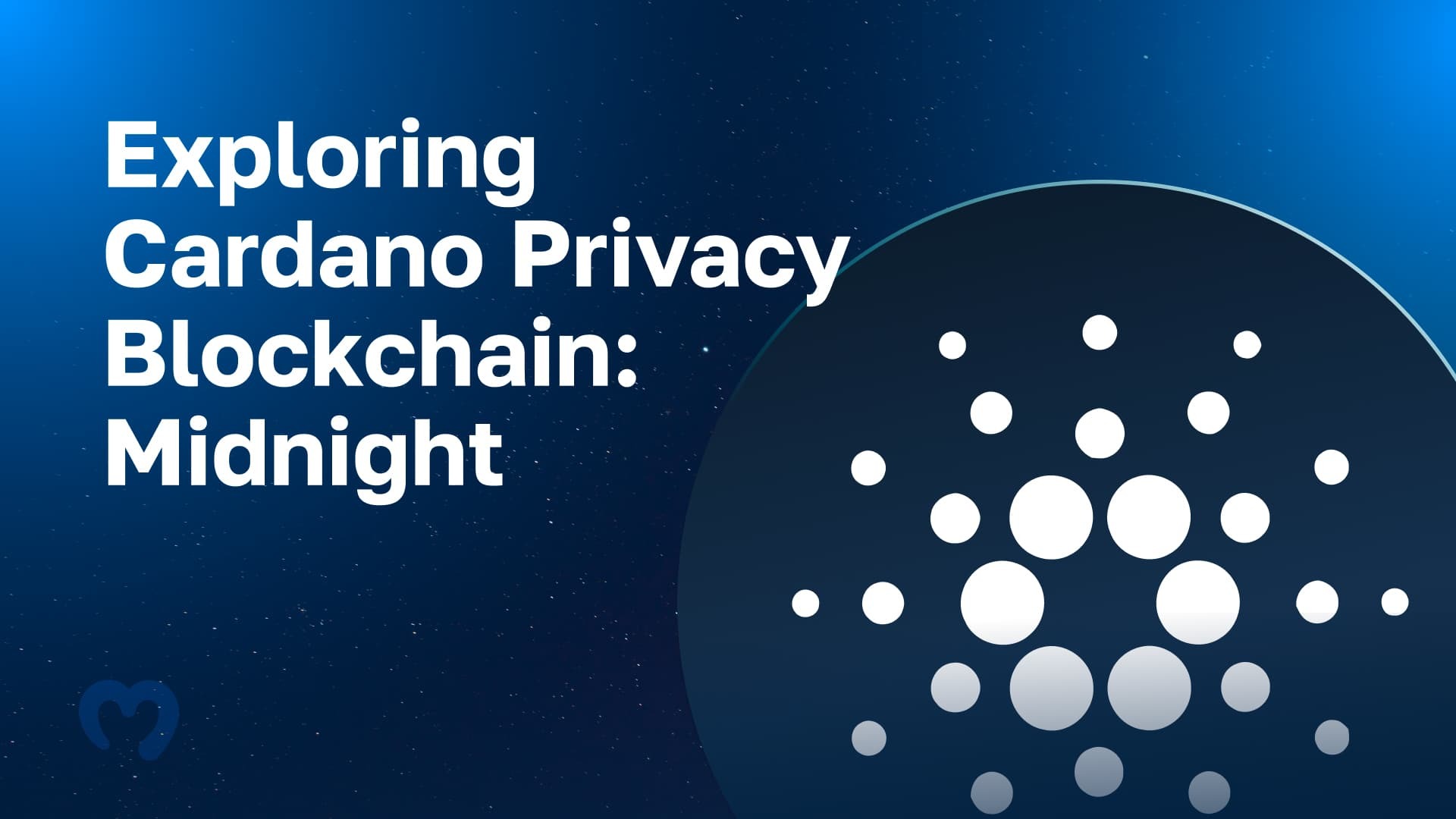