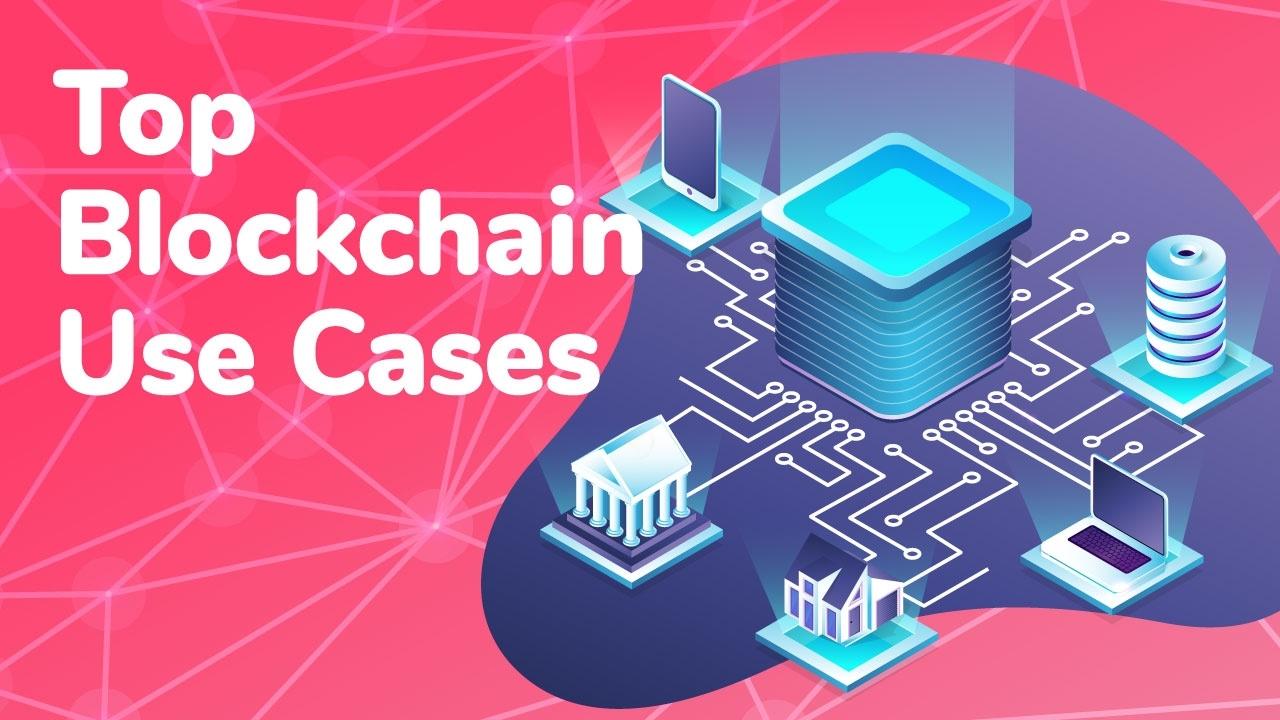 What are the use cases for blockchain?

To preface and more properly understand these use cases, let’s first revisit the three main properties of blockchain technology.

So, when you bring in all these properties, what are the different use cases to explore and improve with the blockchain technology? Let’s take a look.
Top 10 blockchain use cases #1: Finance and Banking

One of the primary purposes behind the creation of Bitcoin was to make the banking system irrelevant. Therefore, it’s quite ironic that blockchain technology can help the ancient banking system evolve to the next level. While there are several applications, let’s focus on just one of these – cross-border payments.

We are living in an increasingly digital world. Post-pandemic, our offices and workstations have become entirely digital. In fact, the number of freelancers with overseas clients has steadily increased even before the pandemic. Which is why, now more than ever, we need a system that allows for seamless and frictionless international transfers.

An overseas transfer can currently take up to 2.5 business days and is pretty expensive because of the sheer number of mediators involved. Utilizing the blockchain allows two parties to connect with each other without going through an intermediary directly.

So, how potent can blockchain-integration be here? Consider this example.

In July 2016, SAP collaborated ATB Financial and Ripple to send the first international blockchain payment from Alberta, Canada, to ReiseBank in Germany. The idea here was to leverage Ripple’s blockchain network to facilitate this transaction. They used this system to send $1,000 CAD from Canada to Germany in just 20 seconds. Keep in mind that typically, this transaction would have taken 2-5 business days.

Walmart has teamed up with IBM to integrate the blockchain in their food management system. Currently, we need a robust and transparent supply chain for our food industry. After all, it is pretty appalling that we still don’t know where our food comes from.

To understand why this is important, just turn your clocks back to October 2006. There was a significant e-Coli outbreak in the USA, which affected around 199 people, killing 3. This caused the entire spinach industry to shut down for two whole weeks.

With blockchain integration, immutability and transparency would have allowed you to solve this problem at a fraction of time. Here are some of the pain points that we can solve by integrating blockchain in the food industry:

Moreover, the healthcare industry can benefit a lot from blockchain integration. This is naturally even more apparent now, as healthcare systems worldwide struggle to tackle the COVID-19 coronavirus pandemic and inherent weaknesses in the systems are revealed. Here is a quick overview of all the blockchain use cases in this space:

Insurance fraud is a big issue that harms both the service provider and the end-users. Despite using a plethora of anti-fraud technology, the sad truth is that the insurance industry still loses a staggering $80 billion per year. If you think that it’s only the insurance companies that are losing out, then think again. On average, a family can lose anywhere between $400 to $700 per year.

So, why is everyone losing money despite these sophisticated anti-fraud technologies? Turns out that it mostly comes down to visibility issues. There is so much complicated paperwork involved that it is hard for anyone to make heads and tails out of it. Plus, criminals can actually tamper some of this data to modify information and make frauds.

How does lending work? A user deposits their money to the bank. If someone else withdraws it, then they can earn interest off it. In the traditional financial system, banks and third-party lending services are in charge of issuing loans.

Since there are many risks involved here, they conduct thorough background checks like annual salary, credit score, and past defaults. These tests can exclude a lot of people from participating in the process.

Decentralized Finance, or DeFi, is a whole class of blockchain technology applications that aims to create decentralized versions of traditional financial instruments. Lending is an example of a DeFi use case. DeFi Lending apps can connect borrowers directly with lenders, mitigating the need for an intermediary. The lender and the borrower are bound to each other via a smart contract which is responsible for:

This open and public nature of DeFi lending can be beneficial for both the borrower and the lender.

The total global real estate is worth hundreds of trillions of dollars, with residential property making up a vast majority of it. However, like all the other industries discussed in this article, it’s extremely outdated.

Blockchain technology allows you to tokenize real estate, which opens the gates for global investor participation. The advantages of this approach are mainly threefold:

How do you define “identity?” According to the United Nation Convention on the Rights of the Child, article 8, the most basic identity must consist of the following data:

We all know the importance of one’s identity. You can’t open a bank account, vote, or find employment without one. However, the way we have third-parties handling our identity is pretty abysmal. Centralized servers and databases store up our confidential data, which is very problematic because:

One need not look further than the Equifax data breach and the Facebook Cambridge Analytica disaster to know how dangerous centralized data storage can be. Ideally speaking, we need a storage system that respects the following conditions:

All in all, blockchain technology satisfies all these rules. Projects like Sovrin and Civic are working on different implementations of digital, decentralized identity.

Hiring is another issue that needs to be solved as soon as possible. As education becomes more expensive and competition becomes more fierce, many students tend to opt for fake certification. “First Advantage” did a “Background Discrepancy Survey” in India to know how problematic it was. The results they found were horrifying.

Issuing digital certificates on the blockchain can turn verification into a straightforward process. There is no need to go through several intermediaries when you can just log into an app and check an individual’s record, right? The blockchain’s complete immutability guarantees the validity of the data. Just imagine how much simpler and more efficient, you can make the whole process.

Countries around the world are still using the draconian paper ballot system for voting. The underlying idea is simple, put your vote down on a piece of paper. Following the voting period, whoever gets the most votes, wins. This system is very inefficient because:

The blockchain technology and public key cryptography can help modernize voting exponentially.  Since the vote gets recorded on the blockchain and anyone can verify whether the signature is valid or not, the voter can keep track of their vote. Cryptography guarantees complete anonymity.

When someone asks you, “what are the use cases for blockchain,” the first thing that pops into your head is “cryptocurrency.”

While it may seem like cheating, the fact remains that the greatest and the most successful use case of the blockchain is cryptocurrency. Think of the true potential of this invention. Fiat money is utterly dependent on the competence of the central government. Failed states like Venezuela, Zimbabwe, and Bolivia are currently undergoing the worst hyperinflation ever seen.

People have opted for cryptocurrencies to ensure that their entire life’s savings don’t get completely devalued.

Now, that’s a powerful use case if ever there was one!

We hope that after reading up about different blockchain technology applications, you could understand its true potential. It’s the very definition of a horizontal innovation that can positively disrupt multiple industries at once. We should feel privileged to be officially living in the era of blockchain.