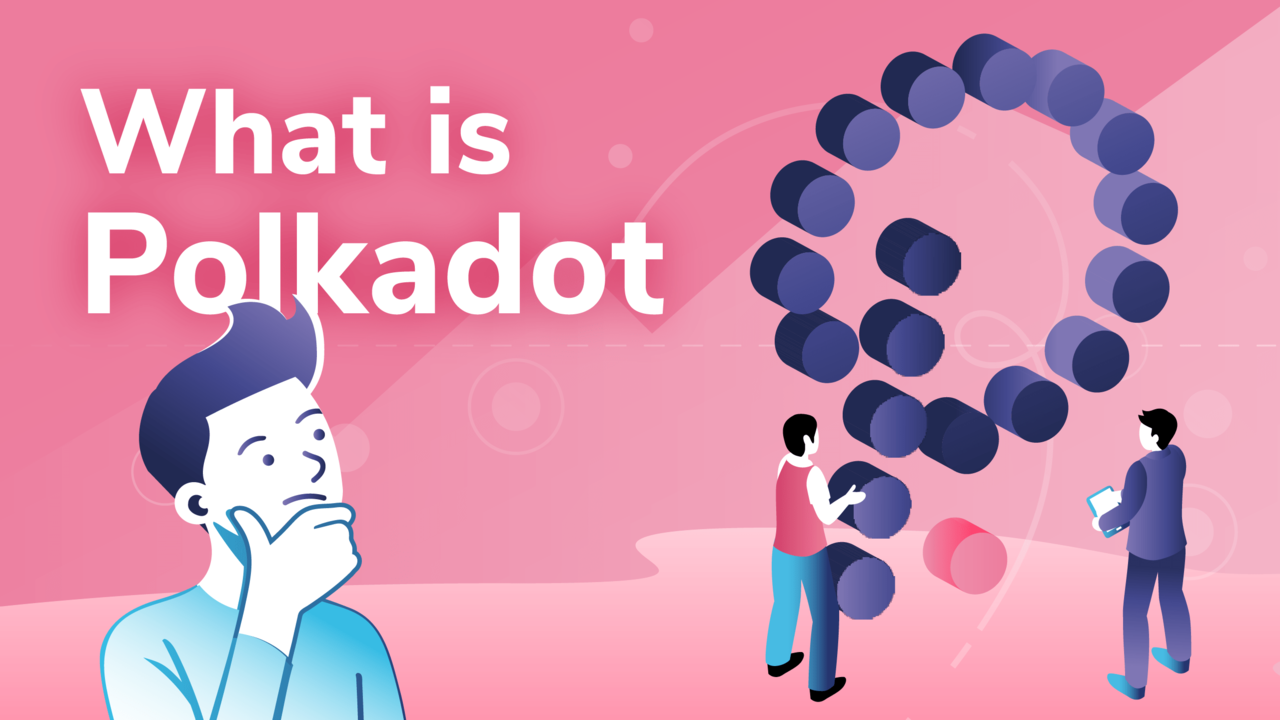 What is Polkadot – Polkadot and DOT Explained

Those who keep an eye on the cryptocurrency market will likely recently have become more aware of Polkadot and the DOT token. Polkadot made the news last week, by suddenly jumping into the Top 10 Cryptocurrency list - going by market capitalization - on CoinMarketCap. Polkadot is an ambitious project which seeks to lay the groundwork for a polychain Web3 future. To learn more about what that means and what the Polkadot coin represents, read on!

Those who keep an eye on the cryptocurrency market will likely recently have become more aware of Polkadot and the DOT token. Polkadot made the news last week, by suddenly jumping into the Top 10 Cryptocurrency list – going by market capitalization – on CoinMarketCap. Polkadot is an ambitious project which seeks to lay the groundwork for a polychain Web3 future. To learn more about what that means and what the Polkadot coin represents, read on!

Polkadot was created by Gavin Wood in an attempt to design a more evolved version of Ethereum, which would be interoperable with the existing independent, isolated blockchains such as Ethereum and Bitcoin. In August 2019, Polkadot launched an experimental and unaudited version of its platform known as “Kusama.” Polkadot will launch its genesis block during 2020 with one relay chain and launch several parachains soon afterward, eventually ramping up to 100 parachains.

So, what exactly is the Polkadot token? Why are people calling it an Ethereum killer? What does the native DOT token do? We will cover all this and more in this article. If you want to learn more about crypto in general, be sure to check out the various blockchain and crypto courses available on Ivan on Tech Academy. Enroll today and use the promo code BLOG20 when joining the over 20,000 existing students to get 20% off!

What is Polkadot coin?

Polkadot describes itself as a next-gen blockchain protocol that connects several specialized blockchains into one unified system/network. Their main aim is to return control to the people, as opposed to giant conglomerates. The features of Polkadot are as follows:

To understand Polkadot’s basic structure, you need to familiarize yourself with the following concepts:

The diagram above shows you how these three chains can work together to build the Polkadot ecosystem.

Polkadot implements a version of the proof of stake protocol called “nominated proof of stake.” To understand this system, keep the following in mind:

Some of the prospective Polkadot coin use cases are as follows:

If you want to learn more about the crypto basics to better understand various blockchain projects, be sure to check out the Crypto Basics course on Ivan on Tech Academy! Get 20% off with the promo code BLOG20.

What does the DOT token do?

As generated from the Polkadot Genesis block, the initial supply of DOT tokens will be 10 million. The token distribution works as follows:

The 10 million initial supply isn’t a hard cap. The creators plan on making the initial token supply inflationary. This incentivizes the validators to participate in the proof of stake mechanism.

The three main purposes of DOT tokens in the Polkadot network are:

DOT holders must fulfill the following functions within the platform:

The addition of a parachain is a pretty cheap operation. However, on the flip side, adding more parachains leads to fewer validator density per parachain, eventually leading to a reduced average bond. This large number of validators reduces overall speed due to the underlying consensus mechanics. This may become an issue in the long run. This is why the validators and the stake-holding community will extract a price for adding a new parachain.

This “parachain marketplace” will see two kinds of parachains.

So, this gives the community two options:

As previously mentioned, Kusama was the alpha release of Polkadot’s network and has managed to attract thousands of developers and enthusiasts to the ecosystem. These developers have the right to:

Polkadot Coin – Laying the framework for a new decentralized web

As laid down by Dr. Gavin Wood, the underlying framework for Polkadot will follow these rules:

What is Polkadot Substrate?

We have mentioned the word “substrate” a couple of times here already. In fact, substrate is one of the Polkadot project’s core components, and in simple terms, it’s a framework used for building decentralized ecosystems. Polkadot is built using substrate, and all other projects built on it can run natively on Polkadot.

Projects built on top of Substrate will have the following properties:

How fast is Substrate?

Relay chains and each parachain within Polkadot are built using Substrate. Since there are so many dependencies, it will be fair to wonder if Substrate has what it takes to properly run your systems. To find out, let’s take a look underneath the hood.

Substrate has been written using Rust. However, the state machine has been coded using Wasm. The diagram above shows you how these two systems co-exist. So, we now have two different possibilities – Either substrate runs natively using compiled Rust code or runs through the Wasm interpreter. The former provides speed, while the latter offers flexibility. In this case, how does a node execute its operation? Well, if the node is using the latest version of the code, then it will run natively in Rust. On the flip side, a node using an older code version will use the Wasm interpreter.

So, why use this dual code method at all?

Substrate uses this system because of the following reasons:

How secure is Polkadot substrate?

To understand how secure the protocol is, consider the following points:

So there you have it. These unique features are partly why many consider Polkadot to be one of the most promising and well thought-out projects in the blockchain space. The underlying technology makes its case as one of the most important and eye-grabbing projects out there. It will be interesting to see what Polkadot does in the future.

Besides Polkadot, there are various other innovative projects out there that utilize blockchain technology. Do you want to learn more about this exciting space? If yes, then check out our blockchain courses at Ivan on Tech Academy. Ivan on Tech Academy is one of the most popular blockchain education academies available and is a one-stop-shop for everything blockchain-related. Start learning about blockchain and crypto today!