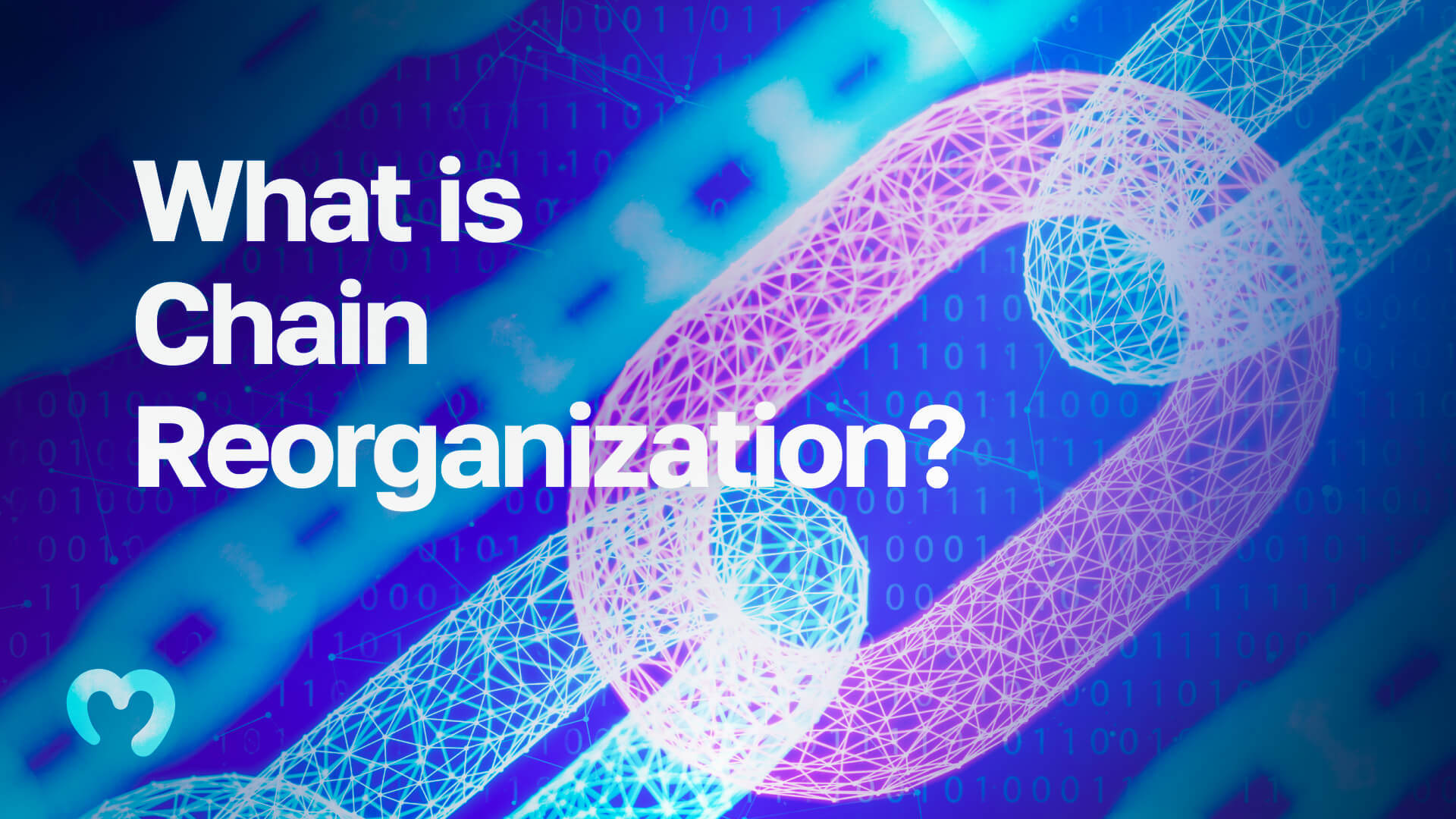 What is Chain Reorganization?

To understand chain reorganization, you need to understand the basics of blockchain technology. This includes exploring the many components that power the blockchain. Also, we have to understand that not all blockchains are identical. For example, various blockchains utilize different consensus mechanisms, such as proof-of-work (PoW) and proof-of-stake (PoS). But consensus mechanisms will not be our focus herein. For now, know that a blockchain is a digital ledger of transactions. You can think of it as a distributed database maintained by a network of computers called “nodes”. Moreover, nodes, along with miners and transactions, will be the starting point before we answer the “what is chain reorganization?” question in this article.

If you’d like to learn more about the different consensus mechanisms, check out our article explaining the proof of trust consensus protocol. Also, find out if PoW’s electricity consumption threatens the global energy crisis!

The confirmed block gets propagated to all the nodes across the network to ensure it is valid. After this round of validation, the nodes add the new block to the previous blocks, thus creating a chain. Furthermore, nodes hold a copy of the entire blockchain.

Ready to dive into Bitcoin? Take the Blockchain & Bitcoin Fundamentals course at Moralis Academy. In addition, there’s an exodus of Bitcoin miners from China to North America and other locations. Discover the top five crypto-friendly countries in one of our recent blog articles!

The Blockchain as a Database

If you’re familiar with how databases work, you can think of a blockchain as a database that stores information in a digital format to complete the picture. However, one crucial difference between a blockchain and a typical database is how the blockchain structures the data.

A database typically structures its data into tables, whereas a blockchain structures data into blocks that link together using cryptography. Blocks store transactions until they are full and then link to the next block added. Furthermore, new transactions go into the newly formed block after the previous one is full. Once this new block gets filled, it gets added to the blockchain. And so, the cycle continues. This action forms a data chain conveniently known as the “blockchain”.

Code is king, and the network incentivizes nodes to process transactions honestly. Once validated and linked, the blocks become a permanent part of the chain that no attacker can alter. Accordingly, blockchain technology offers a secure way for people to transact without a third-party intermediary such as a bank or government controlling and overseeing it.

What is Chain Reorganization?

Chain reorganization typically happens on more prominent blockchains like Bitcoin or Ethereum. It occurs when separate nodes build a new block at the same time. These simultaneous blocks create a temporary fork and force a decision from other nodes looking to add recent transactions. Which block should they choose?

Since chain reorganization typically happens when two blocks get mined simultaneously, disagreements will arise about which block was first. After all, due to block propagation speed across the network, some nodes will create one block first while others will make a different block first.

Nodes do their best to stay in sync. So, a node adding the next block has to choose which side of the fork is the correct chain. So how do they handle this dispute of simultaneous blocks? At present, the answer is the “longest chain rule”. It states that the longest chain is the valid one. Technically, the globally accepted chain has the most work done on it. However, the one with the most blocks is usually the same. So, for nodes to follow protocol, they will only attempt to extend the chain that’s already the most extended.

You’ll need a crypto wallet to transact regardless of which blockchain you use, and MetaMask is the most popular. Check out our MetaMask tutorial to learn more.

To sum up, chain reorganization results in deactivating blocks in a node’s old longest chain. At such a juncture, the blockchain deletes a block to make room for the new block with the longer chain. Furthermore, chain reorganization ensures that all node operators get an identical copy of the ledger.

Two blocks mined simultaneously shouldn’t cause a huge problem. However, transactions on the orphan block will need to go back to the node’s mempool, where they propagate around the network, looking to get mined in a future block.

That means the minority of transactions on the wrong side of the fork can suffer delays during blockchain reorganization. So, it may be worth it for users to wait for a transaction to transfer more than one block deep into the blockchain before assuming it’s final. There is a chance it will get reorganized, and the user will have to hope it gets “re-mined” on the longest chain.

But there are no guarantees. Since the transaction does not exist in the active chain, it’s like it never happened. Thus, if a user tries to spend crypto inside an orphan block, the nodes would reject the transaction. That’s because the user is trying to spend an asset that does not exist on the valid chain.

Advantages and Disadvantages of Chain Reorganization

Furthermore, chain reorganization is a relatively straightforward process that works seamlessly. However, it does have disadvantages, and one of them is the potential for double-spending.

Despite its potential, blockchain technology has its flaws. We’ve discussed a common deficiency, “block conflict,” when two blocks get published too close together. As we’ve seen, a fork can occur on the blockchain when this happens.

Nonetheless, other disadvantages include the fact that chain reorganization degrades UX while increasing node costs, the likelihood of 51% attacks, and the vulnerability of DeFi transactions. Chain reorganizations, or “reorgs”, can also cause additional memory and disc costs because of the state updates necessary to transition to the new fork.

Also, because of the possibility of chain reorganization, users need to wait longer before they can confidently treat their transactions as confirmed. Therefore, firms such as crypto exchanges may wait longer before accepting a deposit. That’s not always ideal for traders rushing to open or close out their positions.

Since chain reorganization elevates DeFi transaction risks, its existence results in lower than expected trading returns. Reorgs also increase the risk of 51% attacks. That’s because, during a chain reorganization, attackers don’t have to overcome all the honest miners. Instead, they only have to defeat miners who aren’t “re-orged”. Therefore, the attacker’s quest becomes likely if a reorganization occurs frequently. Ultimately, the most notable disadvantage of reorgs is the possibility of a double-spend attack.

The Ethereum Merge, a.k.a. “Ethereum 2.0,” is a crucial upgrade to the current network marking its transition from the PoW to PoS consensus mechanism. Furthermore, the scheduled merge should happen in August of 2022 and will combine Ethereum Beacon Chain with the current Ethereum mainnet.

Ethereum Beacon Chain launched in December 2020, introducing native staking to Ethereum. In addition, by staking assets to a network, validators become eligible to add blocks to the chain. On May 25, however, the chain suffered a seven-block reorganization – the longest reorganization in years. More importantly, it exposed Ethereum Beacon Chain to a high-level security risk.

Ethereum is one of the most popular blockchains, but let’s not forget about Solana. Check out our “Rust & Solana” article to learn more about this Ethereum competitor and its programming language. Also, if you’re an aspiring Web3 developer, visit Moralis and find out how to get Solana NFT metadata.

Let’s explore the “seven-block reorg” further. In short, the validators got out of sync after a client update. They became confused during the update process and did not update their software. Furthermore, “seven-block reorg” means that seven blocks worth of transactions got added to a fork before being discarded. The network eventually dropped the fork after deciding it was not the correct chain. But not before seven blocks worth of transactions were added to it. According to Etherscan, each block on the Ethereum chain contains 200 to 300 transactions. That means up to 2,100 transactions went to orphan blocks.

So, we know that when two competing versions of a blockchain exist, blockchain reorganization occurs. However, before a reorg is complete, there is the risk that a user can spend the same assets twice. They call this event “double-spending”. If it occurs maliciously, it’s a “double-spend attack”.

Ethereum chain reorganization happens when updated clients submit the next block ahead of the remaining validators. Further, this occurrence can confuse validators. In the case of Ethereum’s Beacon Chain reorg, the up-to-date nodes were about twelve seconds quicker than validators that hadn’t updated their clients. So, the Beacon Chain reorganization appears to be a benign event rather than a vicious one. To understand Ethereum fully, start with the Ethereum Fundamentals course at Moralis Academy today!

Ethereum co-founder, Vitalik Buterin, chimed in on Twitter, crediting the theory that miners running outdated software could have caused the Beacon Chain problem. He and other experts stated that one or two block reorganizations happen regularly because of network latency. However, anything over five blocks is suspicious since longer reorganizations primarily happen by client bugs, network failures, or malicious attacks. After all, the longer a reorganization lasts, the more serious the security risk. Nonetheless, there’s also the possibility of plain bad luck.

Vitalik seems to think the slower node operators were the ones who hadn’t updated their software. It makes sense; after all, blockchain reorganization can occur when some node operators are quicker than others.

Ethereum’s Beacon Chain reorganization is an interesting case in that it lasted for seven blocks. Since that’s much longer than usual, it raises the question of what could have happened if double-spend attackers were standing by? Also, how many blocks can a chain reorganization be?

In actuality, it can be any number of blocks. If a node receives a new chain that’s longer than its current active chain of blocks, it will do a chain reorg to adopt the new chain, regardless of how long it is.

Regarding the Ethereum Merge, a more pressing question has to be whether or not this recent reorganization problem exposed enough security risk to cause a delay? Only time will tell. However, one thing is certain, blockchain technology and Web3 are here to stay. Isn’t it time for you to benefit from this latest internet iteration? There are many reasons why to learn Web3 development. So head over to Moralis Academy and learn how to become a Web3 developer today!

Written by IvanOnTech
June 9, 2022
Ivan is an international speaker, educator, developer and data scientists. Ivan’s YouTube channel Ivan on Tech has become an international phenomenon, spreading blockchain knowledge all over the world and accumulating over 450,000 subscribers. 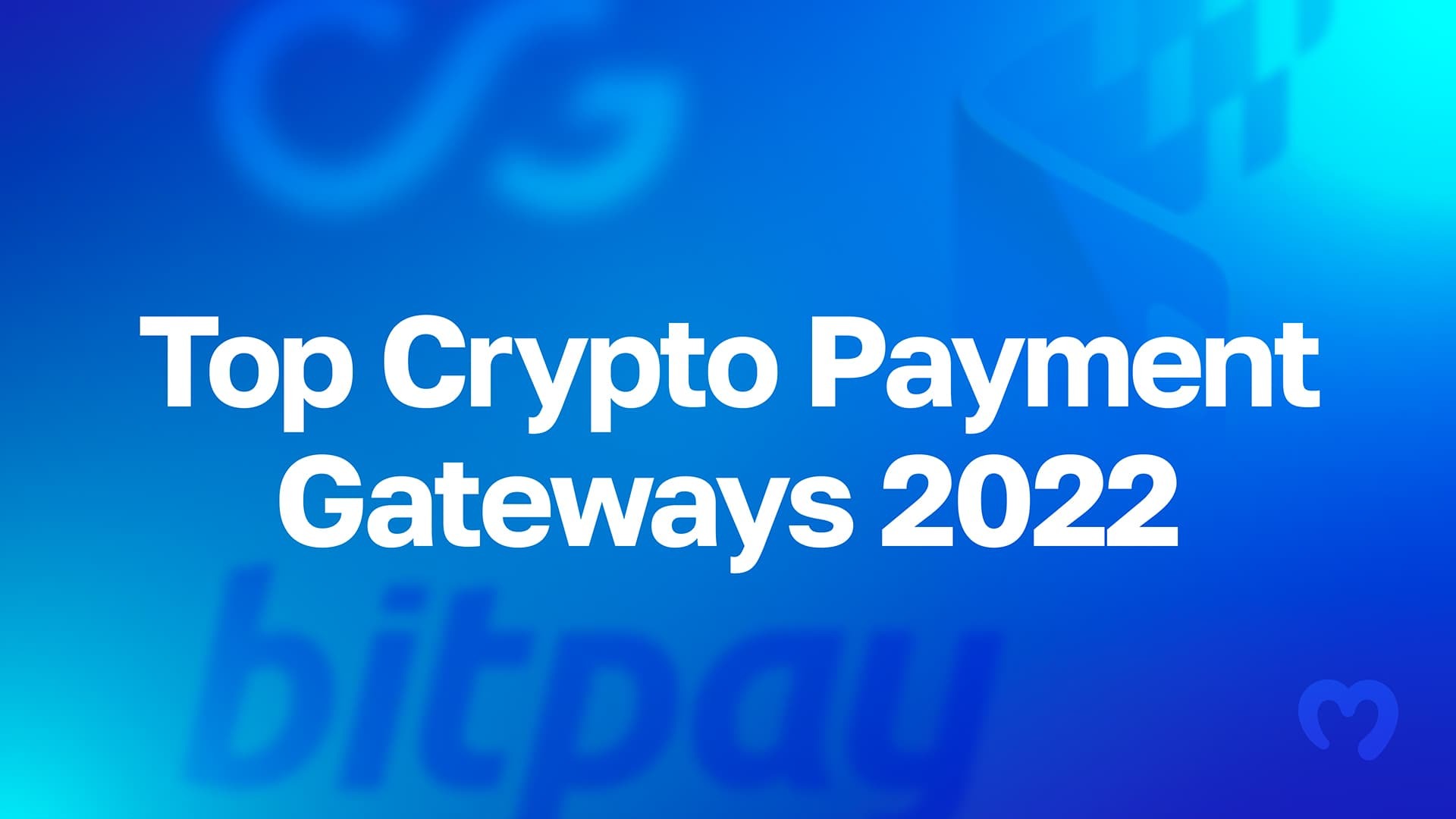 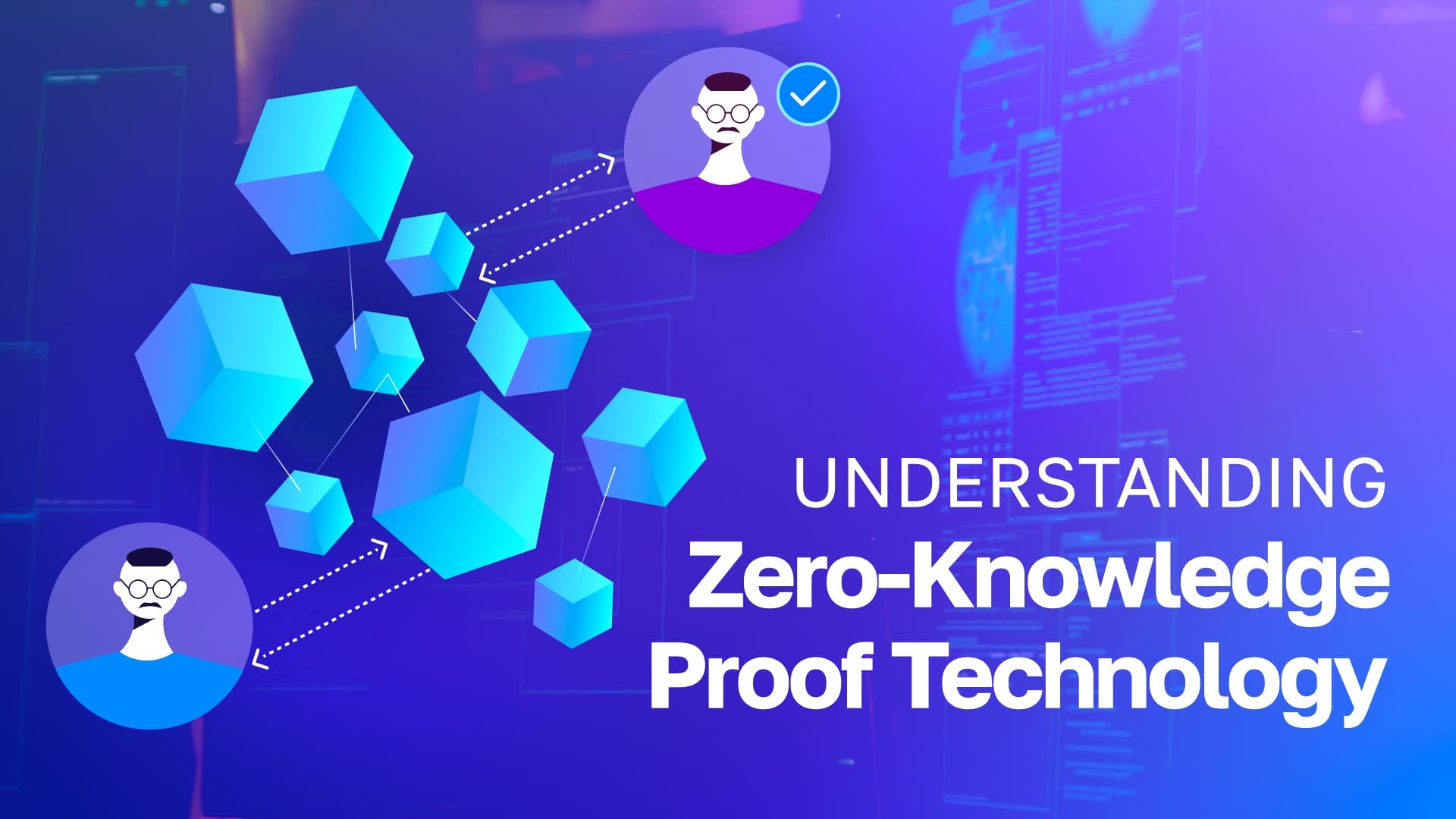 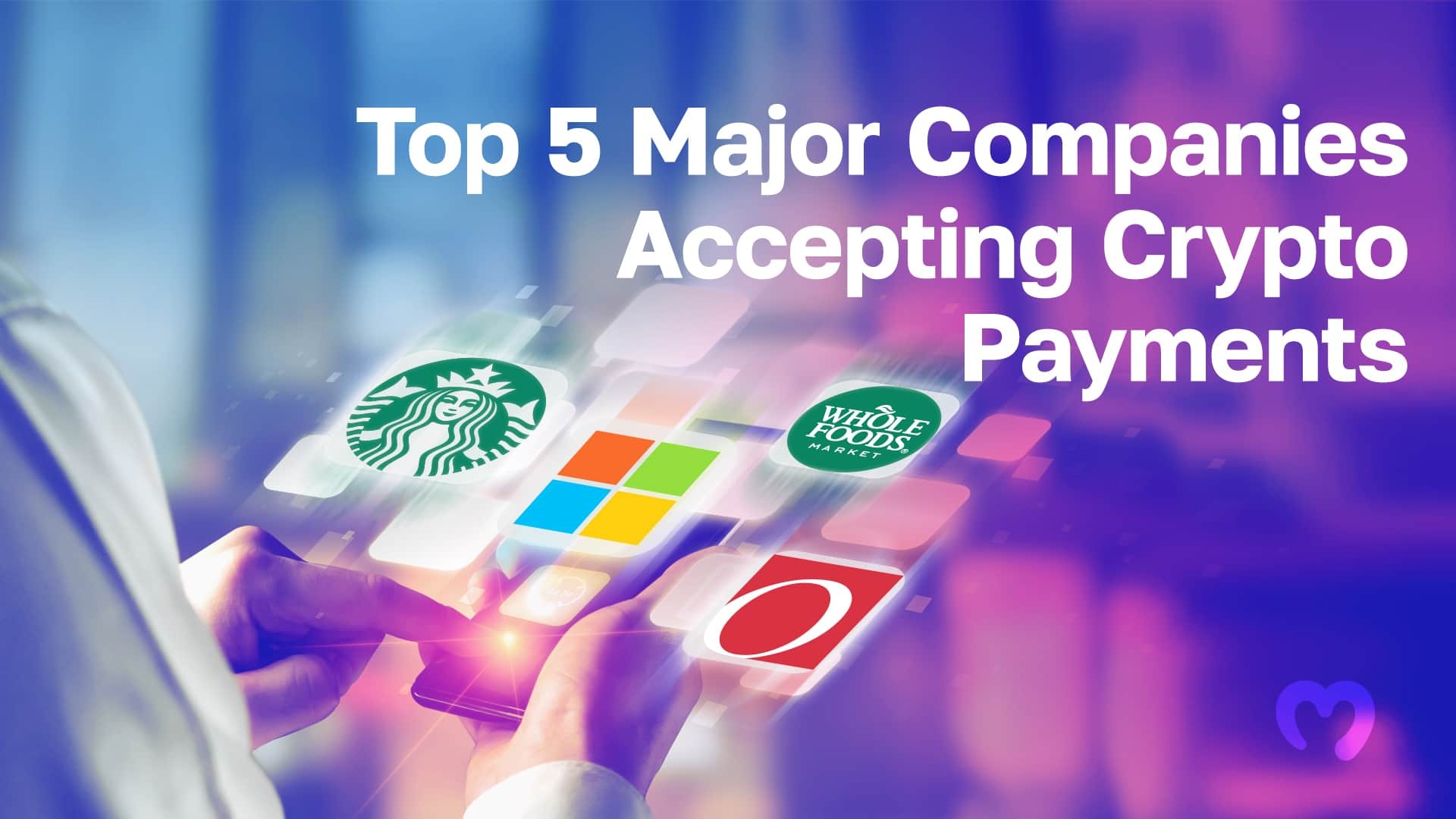