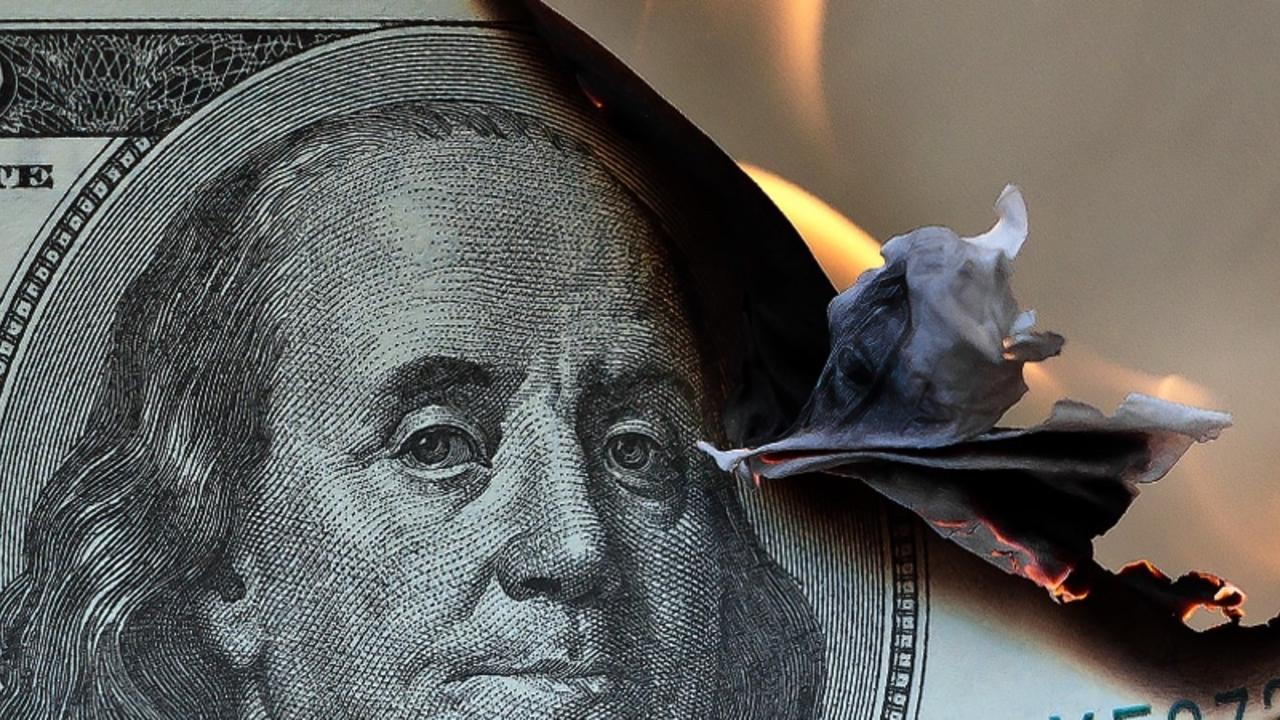 The New Trust Revolution & The Death of Sovereign Currencies?

The Macro View: Coronavirus & Dying Sovereign Currencies We are currently watching the creative destruction and decline of the US empire before our very eyes. In enduring the onslaught of the ongoing COVID-19 coronavirus pandemic, the US is facing “a riddle, wrapped in a mystery, inside an enigma”. What's more, the nation is pulling out all the stops in hopes of making America great again.

We are currently watching the creative destruction and decline of the US empire before our very eyes. In enduring the onslaught of the ongoing COVID-19 coronavirus pandemic, the US is facing “a riddle, wrapped in a mystery, inside an enigma”. What’s more, the nation is pulling out all the stops in hopes of making America great again.

However, there are dark clouds looming on the horizon. unlimited QE, tepid growth, a worsening trade war with China, a possibility of a COVID-19 coronavirus resurgence in the fall, the highest unemployment rate in history, unfunded pension liabilities, deflation, hyperinflation, and the list goes on. With the unprecedented printing of money currently taking place, the average person may now well be asking themself “why should I pay taxes if money can be printed out of thin air”?

Not since Machiavelli, who wrote “The Prince” in the 16th century, has the world seen such unscrupulous and incompetent politicians and public trust is at an all time low around the world. As old and nearly obsolete institutions and ideas fail and atrophy, a new zeitgeist, The Trust Revolution, built on cutting edge digital technologies are sending out green shoots everywhere.

The best and brightest of the millennial generation, the generation that must clean up the mess wrought by Baby Boomers, are hard at work laying the foundations of a new global economic and political system block by block, day by day.

The US Dollar as World Reserve Currency

Could the US dollar soon go the way of the dodo?

In essence, the United States has been “The House” in the trading markets for decades. In 2009 China and Russia called for the creation of a new global reserve currency that was independent of an individual nation.

How the Digitization of Trust Will Revolutionize Business & Government

The powers that be around the globe have sown the seeds of their own destruction in the way natural ecosystems are born, flourish, decline and die. Nation states have dominated the globe for centuries but the new world financial and political order is destined to be built on decentralized blockchain technology and thereby level the global playing field.

In the financial world, the foundation is being built on what Travis Kling of Ikigai Asset Management calls a “non-sovereign digitized currency with a hard cap supply acting as a store of value and as an insurance policy against the historical irresponsible fiscal policy and monetary policy of central banks and governments.”

Due to the sudden appearance of the coronavirus aka “The Great Accelerator,” the world’s financial and political systems have been exposed for what they have become: structurally inadequate, inefficient and ineffective distributors of economic resources and value. Today the world is in a paroxysm of economic turmoil as the central banks barrel ahead with the “infinite expansion” of their balance sheets.

Ray Dalio has chimed in with his take on  “The Changing World Order: The Big Cycles Over the Last 500 Years” describes how the Dutch and British empires declined and lost their status as the world’s reserve currencies. Today, the United States is following this script to the T but on steroids. Dalio says “cash is trash” as debt fueled inflation seems inevitable.

Running the world economy in the 21st century requires the disintermediation of legacy institutions including banks, brokerage firms and other intermediary institutions. Decentralized finance is making way for a new, safer, efficient and inclusive financial architecture that gives humanity a shot at solving challenges of the 21st century and level the playing field for the world’s 8 billion inhabitants. Institutions born in the 18th, 19th and early 20th centuries just can’t deliver meaningfully anymore. Humans are analog, our new technologies are digital.

If we want speed and efficiency the only way forward is to give up the “old fashioned” way people work and relate and replace it with highly rational decentralized digital systems that are clearly superior to what humans have devised and are capable of.

No matter what the future holds for the US and the world the Baby Boomer generation will go down as one of the most reckless, destructive  and sociopathic in history. This is not to say that the Boomers aren’t acting rationally from their own point of view. After all, the federal, state and local governments are already unable to pay their pension obligations, and companies are not much better off. If the US doesn’t spend trillions of dollars “the whole shithouse goes up in flames.” As a result, the Money Printer goes BRRR!

Baby Boomers across the world are now creating trillions of dollars in debt that Millennials and later generations will be paying for decades if not longer. We are witnessing the greatest generational divide in modern times embodied in the pejorative retort “OK Boomer.”

Nothing Broken Has Been Fixed

Just two months ago Donald Trump touted the US economy as the best ever and he planned to run his campaign for the 2020 election on it. But in the last 45 days the US unemployment rate has gone from 3.5% to 40%, worse than the Great Depression of the 1930’s. To win the White House in 2020 Trump and his administration will have to pull a rabbit out of the hat. Here’s how they will attempt to do it.

Trump prefers to blame the current US predicament solely on the coronavirus and the Trump spin machine is working overtime to convince voters that his response was fast and appropriate when all evidence is to the contrary.

The coronavirus has revealed the rotting timbers of a sinking ship after decades of fiscal mismanagement and irresponsibility. First was a stealthy form of Quantitative Easing (QE) that has been going on for the past year, three Fed rate cuts, the failure of the repo market and a corporate sector with unprecedented levels of debt.

Nothing is Perfect, Especially Not Fiat Currencies

The reality for the United States was so bad that it took immediate and unprecedented action to try to right the ship and avoid Lehman Brothers like bankruptcies. If the US Federal Reserve had not stepped in with $7 trillion of monetary and fiscal stimulus in less than 90 days to support US markets, global stock markets would have seized up and crashed by 80% or more This would have pushed the US toward defaulting on its obligations and a wave of economic devastation and social unrest like the world has never seen.

US banks, relatively speaking, were in okay shape due to reserve requirements instituted after the Great Financial Crisis 2009. But hedge funds, companies in the repo markets and undercapitalized companies addicted to buybacks were warning signs that all was not well with Trump’s effort to make America great again.

The new US playbook is to carry out an “economic war” with China, repatriate key industries and gather allies together to fight against the Chinese Communist Party (CCP) who it argues is not operating fairly in international markets. We’ll take up this topic in the next article.