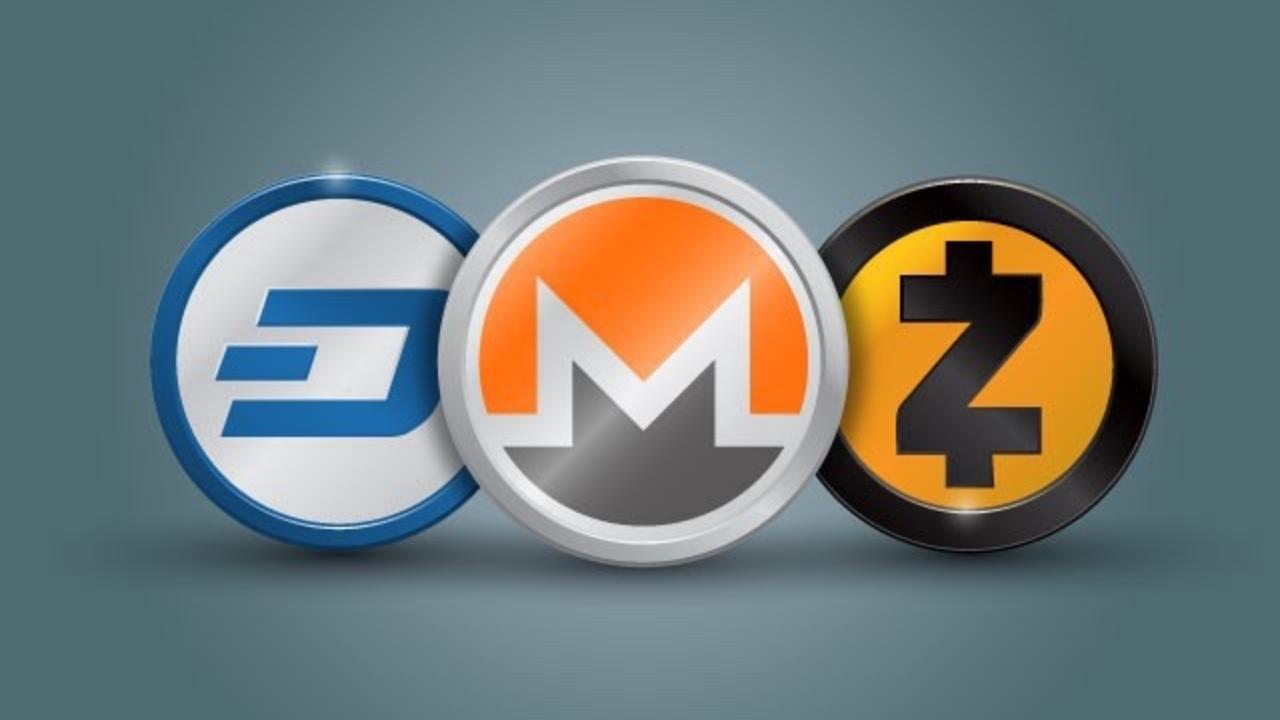 For as long back as one can remember, the cryptocurrency community has been demanding for privacy coins. Coins that promised true anonymity, instead of pseudonymity, aka, false privacy as offered by Bitcoin. So, in this article, we are going to look up some of the top privacy coins in the world. Are the usual suspects still leading the privacy coins 2020 list, or do we have some surprising names in the mix? Let’s check it out.

For as long back as one can remember, the cryptocurrency community has been demanding for privacy coins. Coins that promised true anonymity, instead of pseudonymity, aka, false privacy as offered by Bitcoin. So, in this article, we are going to look up some of the top privacy coins in the world. Are the usual suspects still leading the privacy coins 2020 list, or do we have some surprising names in the mix? Let’s check it out.

There are two reasons why privacy coins are highly desirable:

As mentioned before, the privacy afforded by “normal” coins such as Bitcoin and Ethereum isn’t absolute. To illustrate this point, consider the following example. We went to a blockchain scanner and picked up a random public address “bc1qq3fc75ppp5kq2qpe29wyl0708hzxxu34xk5836.”

Now, when you click on the address, you get this:

As you can see in the diagram, we have a list of all the transactions that this address had previously engaged in. This is a perfect example of Bitcoin’s transparency property. In other words, once the transaction has entered the blockchain, it will be possible for you to single out and analyze every single transaction ever made.

Now, this is a highly desirable property for companies who may want a fully transparent record for auditing purposes. However, as an individual, do you really want that? Do you want your entire purchase history open for the whole world to read?

“But, Bitcoin doesn’t really reveal your names. It just reveals the address.”

True, after all, the blockchain scanner just reveals “bc1qq3fc75ppp5kq2qpe29wyl0708hzxxu34xk5836,” instead of their real name, right? However, what if you posted your address in a forum or included it on your website? A simple google search can link you directly to your public address.

So, what’s the whole hoopla about confidentiality anyway? After all, if you are an honest person, you should have nothing to hide, right? Isn’t that how the whole spiel goes? Will only criminals want to use privacy coins?

Well, let’s address the elephant in the room first. Are criminals likely to use privacy coins like Monero in a ransomware attack?

Of course. However, Bitcoin still remains the crypto of choice for hackers around the world. Now, this once again brings us back to the previous question. Why should normal, everyday users want access to privacy coins? Let’s run through some examples.

Now we come to the second desirable property of privacy coins – fungibility. So, what exactly do we mean by that term? Fungibility is defined as the asset’s interchangeability and breakability. To illustrate this, consider the following example.

If you borrow $100 from your friend, then you don’t need to pay them back with the same dollar bill. There are several different ways that you can pay them back:

Obviously, there are hundreds of thousands of combinations that you can choose. The reason why you can do this is that fiat currency, for the most part, is a fungible asset. They are interchangeable and breakable.

On the other hand, let’s see what happens if you borrow your friend’s guitar? Will they be ok with you returning another guitar? Worse yet, what if you give them the guitar back in pieces?

Well….you’ll be lucky if they don’t punch you in the face following that. The reason for this is that unlike fiat currency, the guitar is a collectible, it has a lot of sentimentalities attached to it. As such, it’s impossible to replace the guitar when you want to return it.

The importance of fungibility

A currency’s valuation and reliability are directly related to its fungibility. Remember, the general populace will adopt a currency if and only if it finds it stable and reliable. Can you imagine living in a country where different locations use different currencies? Imagine how chaotic simple transactions will become.

How does this translate to cryptocurrencies?

Since most of the popular cryptocurrencies are based on blockchain technology, their inner workings are transparent. In other words, every single Bitcoin and Ethereum can be traced on-chain to its very source. The problem with this is that it’s very easy to tell if a bitcoin has been used previously in a hack or not. This pretty much “taints” the bitcoin since exchanges usually don’t want to deal with coins that have a problematic history. This pretty much kills their fungibility.

So, having said that, let’s take a look.

First up, let’s start with the big dog. Monero is one of the most fascinating projects in the crypto space and provides privacy of the highest order. Unfortunately, Monero has been the coin of choice for online extortion and ransomware attacks because of its good protocol.

Its underlying protocol is CryptoNote, which was first popularized by Bytecoin. The latter was eventually forked in April 2014, which gave birth to Monero. Its core members are Riccardo “fluffypony” Spagni, Francisco “ArticMine” Cabañas, othe, smooth, binaryFate, luigi1111, and NoodleDoodle.

The first thing you need to know about Monero is its multiple-key system. Monero has “view” and “spend” keys. The view keys are used by the receiver, while the sender uses the spend keys. There are public and private versions of each key. Now that we have some clarity let‘s look at what we can do with each.

Alright, so now we know about the different keys involved. Let’s see how they all come together via the use of sophisticated cryptography.

Monero uses three ingenious pieces of cryptography to block every single component of the transaction:

Along with these three, Monero is also currently working on the Kovri project. Kovri’s primary purpose is to encrypt and re-route Monero transactions via different Invisible Internet Project (I2P) nodes. When adequately executed, Kovri will hide the transactions’ IP addresses, adding an extra layer of security.

Up next, we have the Zcash.

The names Zcash and zk-SNARKs (more on this in a bit) will be very familiar to those who are somewhat involved in the crypto space. The company behind Zcash is the Electric Coin Company, headed by the enigmatic cypherpunk Zooko Wilcox-O’Hearn. Unlike Monero, Zcash is a fork of the original Bitcoin protocol.

Users can conduct two kinds of transactions with Zcash:

The underlying technology behind zcash is zk-SNARKs or Zero-Knowledge Succinct Non-Interactive Arguments of Knowledge. The core concept behind zk-SNARKs is zero-knowledge proofs (ZKP). To understand what we mean by ZKP, we need to play out a hypothetical scenario.

We have a prover (P) and a verifier (V). How does P prove to V that they know something, without explicitly telling them what it is? The method used for this is called ZKP. To give you an example, you can prove that you are of drinking adult by showing the last two digits of your birth year without revealing your entire birth date.

A proof qualifies as a ZKP only if it satisfies the following properties:

Last but not least, we have the Dash protocol. Quite like Zcash, this also happens to be a fork of the original Bitcoin protocol. On January 18, 2014, a programmer named Evan Duffield forked the Bitcoin code to create Xcoin. This would later be renamed as Dash. After Duffield left Dash, Ryan Taylor took over as CEO.

The first that you need to know to learn about Dash’s protocol is its Masternodes system.

A network consists of a series of nodes. Bitcoin and Ethereum are both P2P networks with full nodes and light nodes. Full nodes are the ones that download and maintain a version of the entire blockchain. These nodes are absolutely critical for the overall well-being of the network since they are responsible for block validation and maintaining consensus.

Masternodes are like full nodes in the Bitcoin network, except for two additional responsibilities:

Masternodes are capable of two unique functions – InstantSend and PrivateSend. In the context of this article, let’s look into PrivateSend.

What is Dash PrivateSend?

Dash’s PrivateSend is an advanced form of CoinJoin. The basic principle behind this method is pretty simple. If you are about to make a transaction, find someone else who is also looking to do the same and then join your payments together? So, it will look something like this:

So, why go through all this trouble?

When you conduct a simple transaction, any third-party can eavesdrop and pick up the details via observation. However, if multiple parties are looking into the transaction simultaneously, it can be almost impossible to single out one specific transaction, among others.

When it comes to Dash’s PrivateSend, there are certain points that you need to keep in mind:

While there are several other promising projects like Grin, Beam, and Verge, we believe that the holy trinity of privacy coins – Monero, Zcash, Dash – are still ruling the roost when it comes to sheer usability and core technology. We hope this article was extremely valuable to you.

In that case, look up our world-class blockchain courses at Ivan on Tech Academy! We have courses for all skill levels.

Never coded a single program in your life? Doesn’t matter.

We will have something that will best suit your needs and skill levels. Our instructors will be at your constant beck and call and help you out when you need them. Ivan on Tech Academy is one of the top blockchain academy options available online. 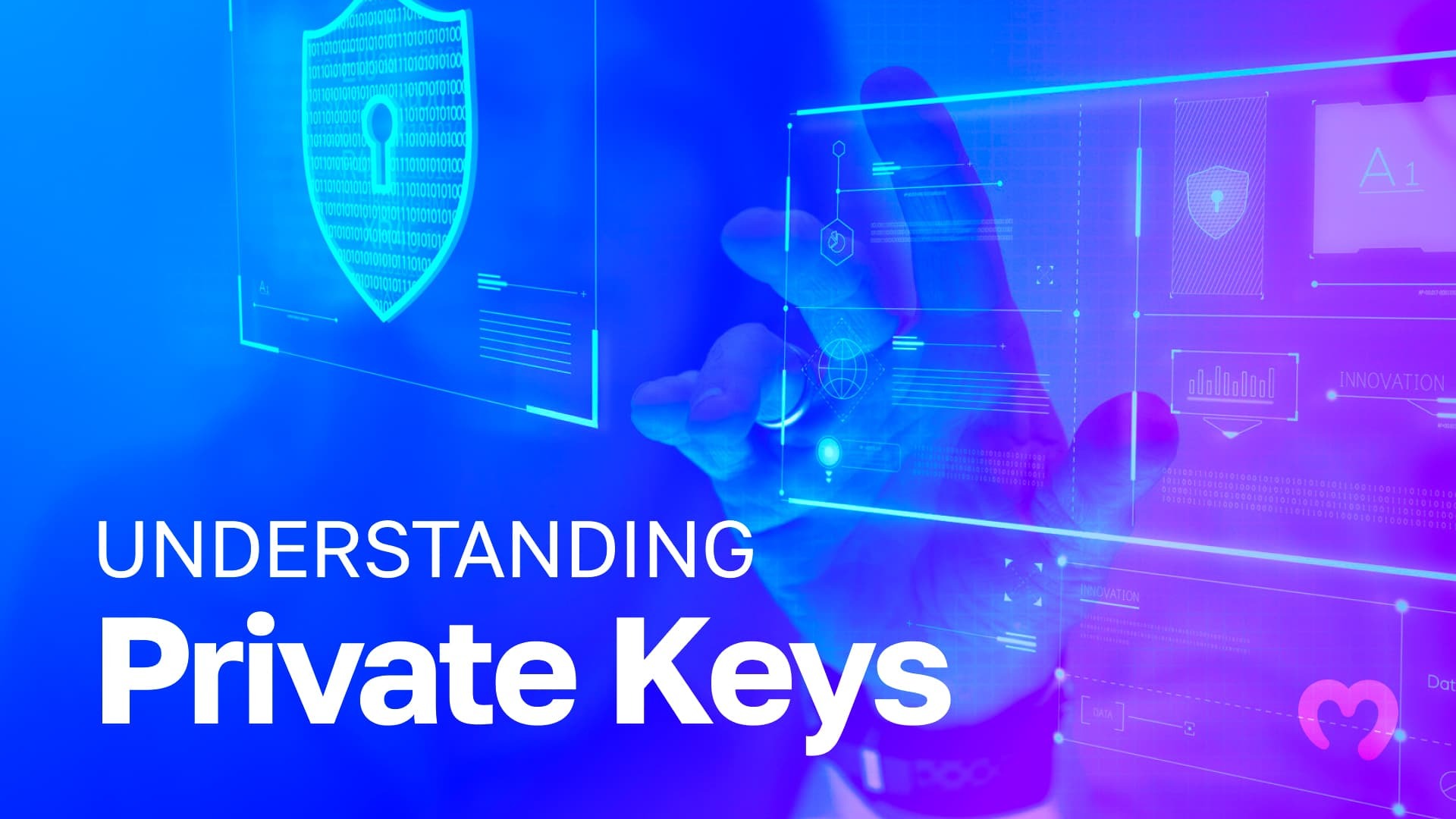 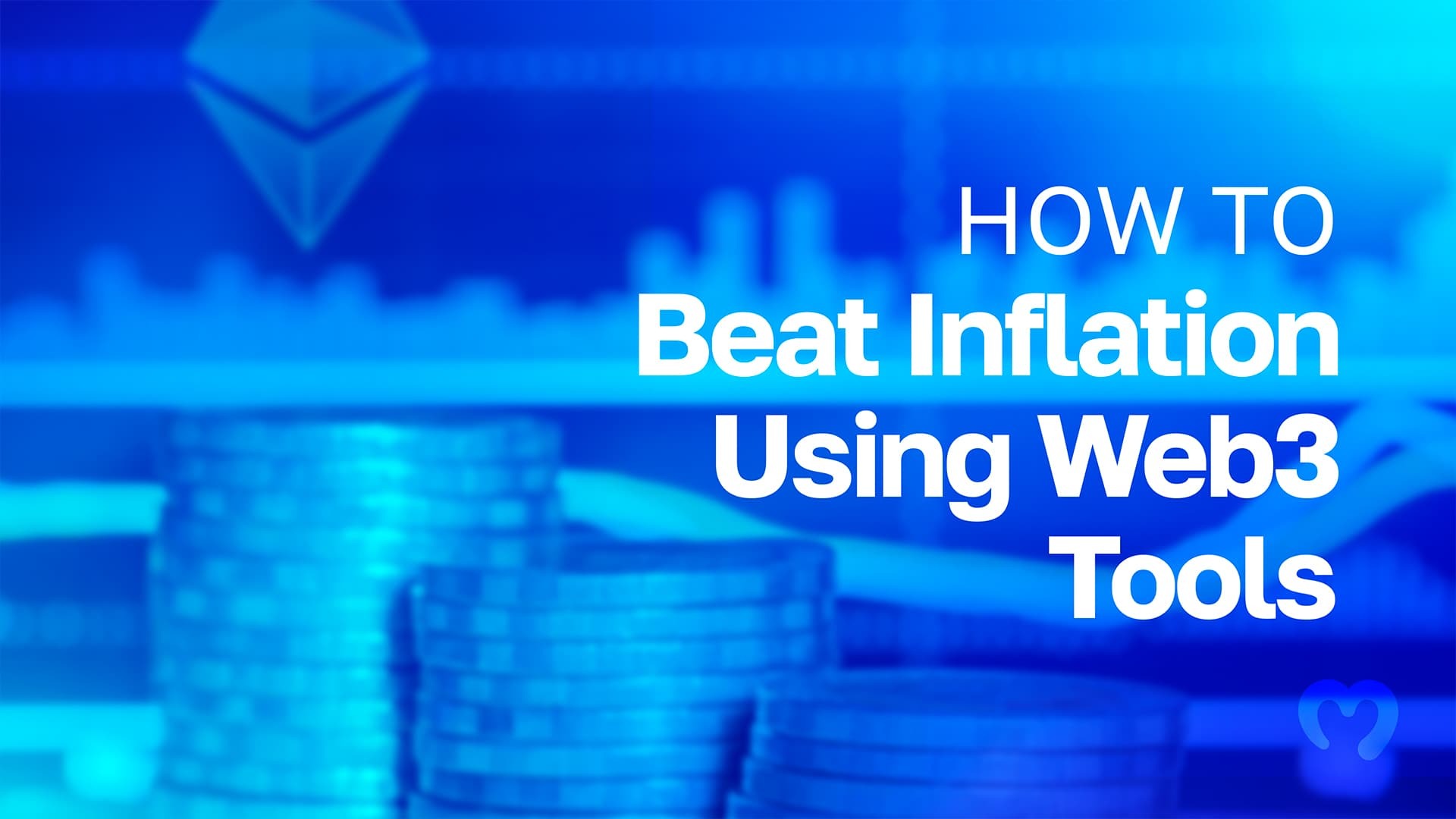 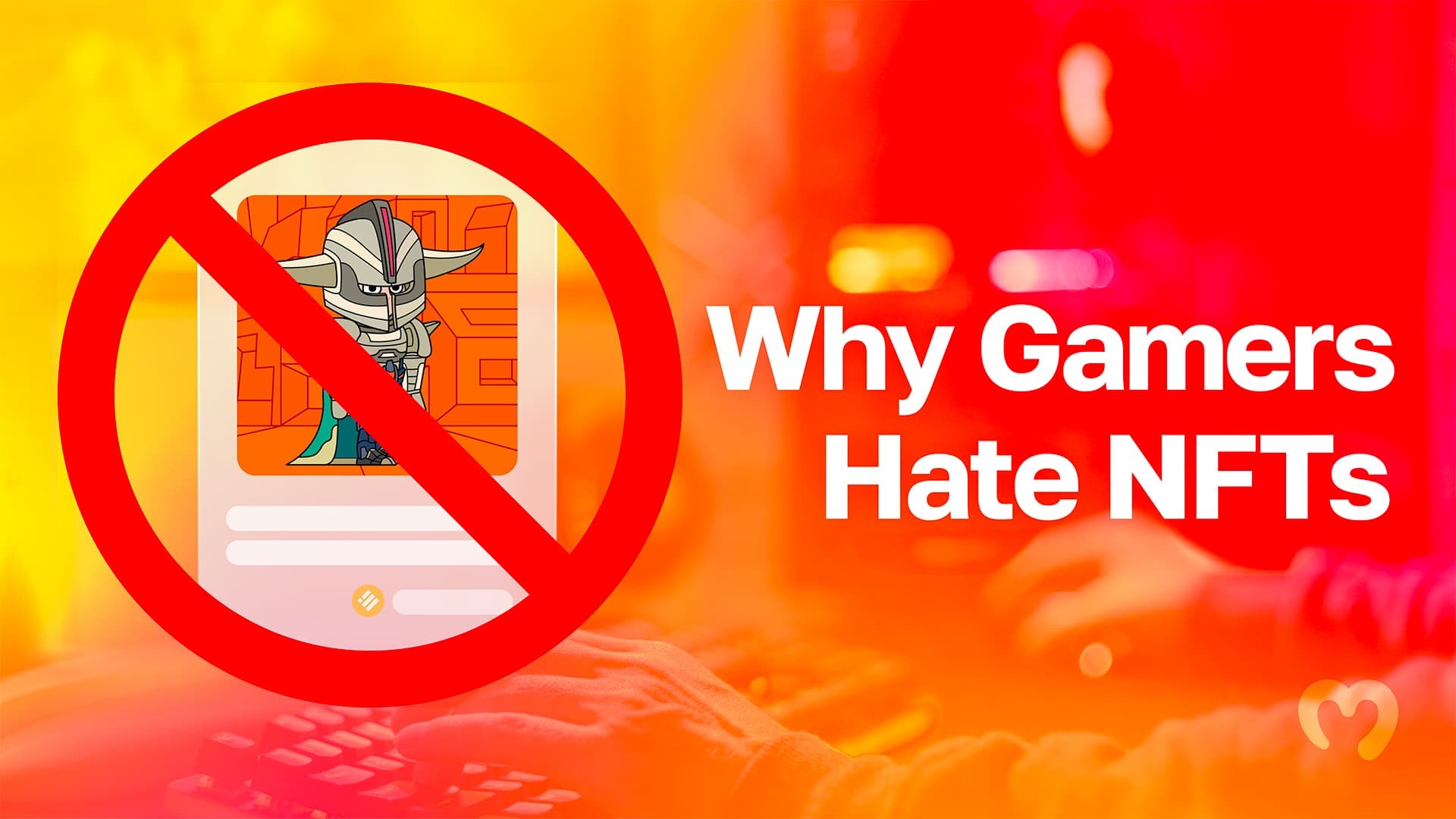