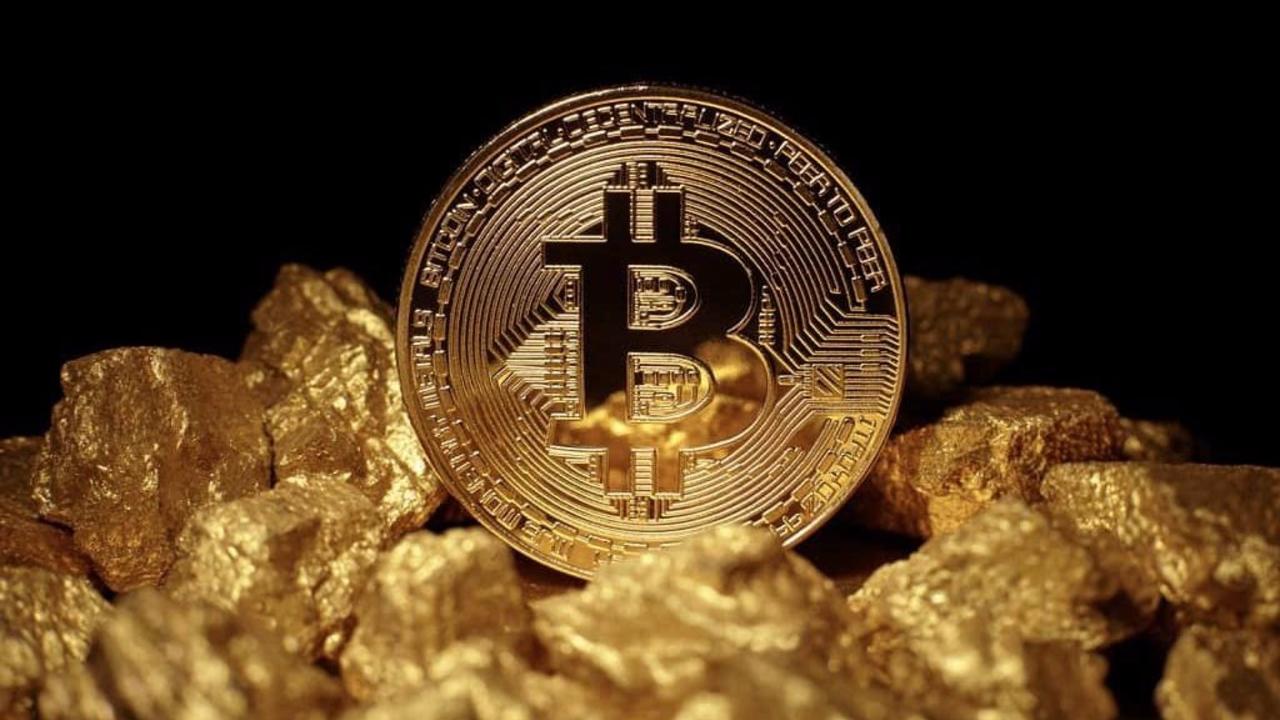 Some people consider Bitcoin the new gold of the digital era. This is because the two share some similarities, which some argue means that Bitcoin is the perfect supplement for gold. However, Bitcoin is strictly digital, while gold is purely analog, so are they really comparable? And is it accurate to call Bitcoin digital gold?

Some people consider Bitcoin the new gold of the digital era. This is because the two share some similarities, which some argue means that Bitcoin is the perfect supplement for gold. However, Bitcoin is strictly digital, while gold is purely analog, so are they really comparable? And is it accurate to call Bitcoin digital gold?

The Importance of Gold

Historically, gold has been the measurement of wealth and value. Gold also plays a significant role in the economy and security of several currencies.

During the financial crisis of 2008, people debated the return of the gold standard, and many longed for a connection between the dollar and a physical asset such as gold. However, this idea was disbanded since it would have meant that the dollar would have experienced a massive deflation, which would have resulted in another crisis.

Back in the old days, coins were made using precious metals such as gold and silver. This is no longer the case, though, and today gold is primarily used in making jewelry and safety in the form of gold reserves. The physical properties of gold also make the metal suitable for industrial use-cases, especially in electronics.

Bitcoin, on the other hand, is a relatively new currency that is only 12 years old. Bitcoin was created in 2008, and the point of this digital currency is a decentralized currency that is not under anyone’s control.

Before Bitcoin came about, the concept of a currency not controlled by anyone seemed impossible. The very notion was regarded as ludicrous and somewhat of a dream. Nevertheless, the emergence of blockchain and Bitcoin proved this notion wrong and made it a reality.

The price of Bitcoin has famously exploded massively in recent years. Between 2011 and 2015, the value of a Bitcoin increased with around 9,000%. What’s more, between 2015 and 2020, the value increased by another 3,300%, with one Bitcoin currently being worth roughly $7,800. The massive increase in value is one reason that Bitcoin has drawn so much attention lately. It is also one of the reasons that most people associate cryptocurrencies with Bitcoin.

The great increase in Bitcoin’s value is great for the people invested, but cryptocurrency investing comes at great risk. The biggest problem with all cryptocurrencies is the volatility from day today. Bitcoin, for example, is so fluctuating that it is considered a high-risk investment.

To determine the answer to this question, we first need to look at some of the similarities between gold and Bitcoin. The first aspect we are going to take a look at is where the value of gold and Bitcoin originates.

The first similarity that gold and Bitcoin have when it comes to the value is that there is a perceived value that originates from the fact that they both are finite. There is no infinite supply of gold, just as there is not an infinite amount of Bitcoin the world.

This means that one of the things that give both Bitcoin and gold its value is that they are scarce and finite. There is also another parallel that connects the retrieval of Bitcoin with that of gold. Specifically, this is the fact that both of them are mined. Mining Bitcoin and gold are different, yes, but it nonetheless means that they can not just be printed like regular currency.

The second similarity between the two is that they can both hold value. Gold has been the embodiment of wealth and value for centuries, even millennia. Bitcoin holds value just like gold does, but it is significantly more volatile than gold. Depending on an investor’s preference, this might be somewhat of a problem. However, the decentralized nature of Bitcoin makes it an attractive investment in the long run.

Countries that suffer from high levels of inflation and other political issues are also turning towards Bitcoin. This is mainly due to it being more reliable than local currencies or stock markets. In a sense, buying Bitcoin like this is a similar investment to gold.

These are just two of the similarities between gold and Bitcoin, which makes them comparable. And they are also two of the reasons that we can consider Bitcoin “Digital Gold”.

Gold or “Digital Gold” as a currency

As we established before, gold is not used as a currency anymore, but it used to be and is subsequently an interesting comparison.

Secondly, both Bitcoin and gold can store value. But in this case, they differ from each other. The thing that is worrying when it comes to Bitcoin is the fact that it is volatile. This means that even in a crisis, it might not be a safe bet to store money in Bitcoin. Meanwhile, whenever there is an economic crisis in the world, gold is usually a safe bet to store money.

Another problem – that some people argue – is the fact that there is not a tangible asset connected to Bitcoin. However, the fact Bitcoin is fully intangible does not mean that it cannot hold any value. The technology that supports cryptocurrencies is blockchain, and this technology can provide tremendous value.

Blockchain is super secure, and this can, in turn, give any cryptocurrency value, even though the currency itself does not have any tangible assets.

Lastly, is Bitcoin and gold a unit of account. Yes, it is, we can divide both gold and Bitcoin into smaller parts that hold different values depending on the amount. Either how many Bitcoins (or parts of a single Bitcoin) and the weight of gold.

Gold has stood the test of time since it has been a currency and a unit to store value for centuries. But will there ever come a time when Bitcoin will replace gold? People believe that the role of gold is still going to be relevant for a couple of years. One argument for this is the fact that everyone knows what gold is. It does not matter if you are 80 years old or just a little child, you still know what gold is.

If we are looking further down the line at a longer timeframe, things might get a little more interesting. As Bitcoin and cryptocurrencies gain even more traction, and even more people become aware of virtual currencies, things might change.

The first thing we will have to take into account is the fact that gold is superior in one aspect. This is that it has a tangible form and value. It is much easier to value something that actually has a physical form. What’s more, it is more comfortable to imagine that gold has value compared to something intangible.

Gold does also provides functional value, since the actual metal is used in electronics. This metal is an incredible conductor that is used in several different electronics, including circuit boards. Gold is such an efficient conductor for sensitive electronics since it can easily transfer electricity at low voltage and currents.

There is also a clear system for trading gold and determining if it is the real deal. The system involves efficiently tracking the gold, and this makes it hard to steal. Since gold’s properties are very distinctive, it is also hard to pass off fake gold as real gold.

As mentioned earlier, gold has been around for a very long time, and there has not been a replacement yet. But times have changed as we are more digital and global than ever before. One of the strengths with gold — the fact that it is tangible — is also one of the most significant weaknesses for the metal. This means that it is hard to transport since it is a heavy metal and transportation itself takes time.

Bitcoin, on the other hand, is fully digital, which means that transportation across the globe can occur in a matter of seconds. In a globalized and digital world, this is a function that is of high value. The digital nature of Bitcoin will also allow anyone to access their assets from anywhere in the world. This means that, even on the go, it is possible to make transactions using Bitcoin. This means that digital gold is even more efficient than real gold. This also means it might one day replace the old.

Just like gold, it is hard to pass off fake Bitcoin for real Bitcoin. The blockchain that supports Bitcoin is also secure since it is encrypted and decentralized, which means no single person can meddle with records regarding transactions. This means that a record of every single transaction exists, and the system also stores information on each transaction. Moreover, some would highlight that Bitcoin is far superior to gold, as Bitcoin is truly finite – whereas the speed of gold mining is increasing.

Bitcoin, digital gold, or a combination of the two?

There are a lot of similarities between Bitcoin and gold, such as that they are scares in supply and that they both can hold value. The advantages of a digital asset instead of an analog asset are also great. Accessibility from anywhere in the world, combined with the possibility to do transactions instantly, makes Bitcoin superior to that of regular gold.

Technically, this means that Bitcoin someday would be able to replace gold as the digital counterpart. And since Bitcoin and gold share these similarities, we might be able to consider Bitcoin Digital Gold.

If you would like to read more about Bitcoin and the blockchain technology behind cryptocurrencies. Feel free to tune in to the number one blockchain education platform Ivan on Tech Academy for several blockchain courses.