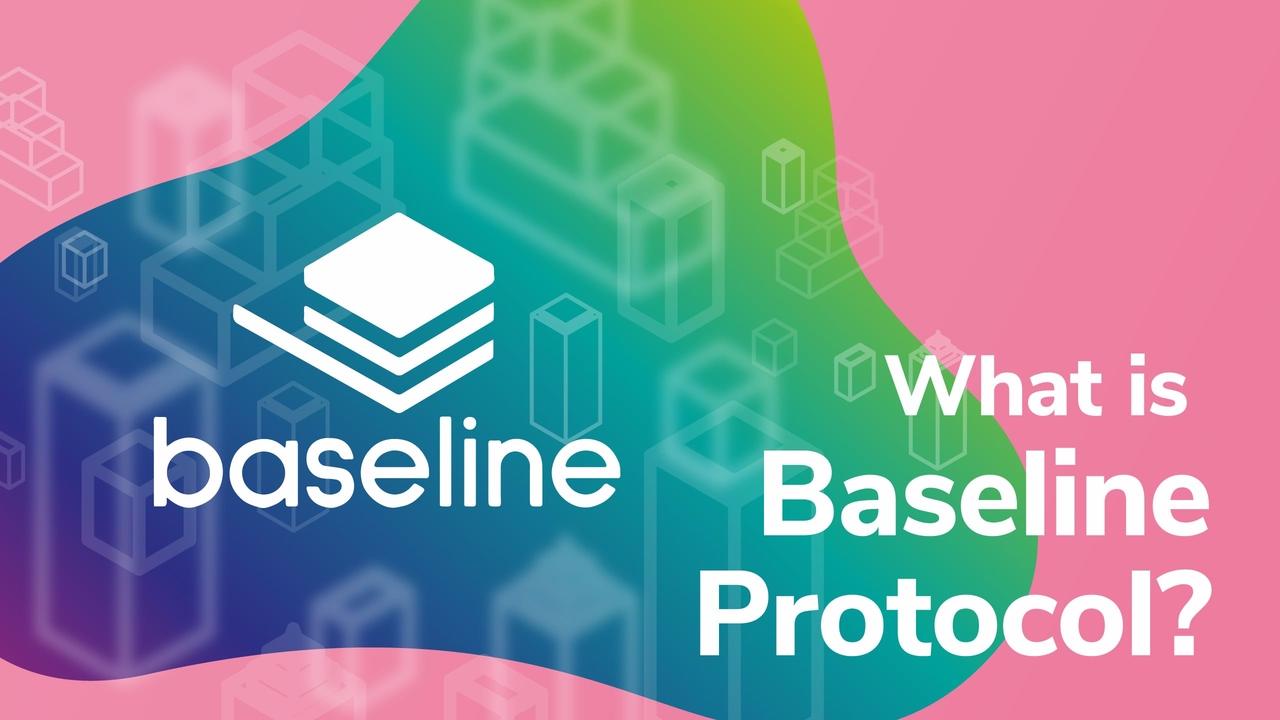 Baseline – What is the Baseline Protocol?

A long list of global enterprises is currently looking to adopt blockchain technology. Nevertheless, this can be hard to do efficiently, seeing as companies often rely on established business processes and existing solutions. Now, Baseline Protocol looks to solve both this and the lack of interoperability between business process systems in one fell swoop. So, why is this important?

Not only can enterprises struggle with coordinating their own internal business process systems, organizing cooperation, and information synchronization between different company entities is also arduous, especially doing it safely and confidentially.

Why Business Processes Need A Revamp

Anyone who works in a large enterprise knows that having various business systems is vital in a modern company. Computerized business systems, or business processes, are integral in coordinating, executing, tracking, and evaluating everyday decisions and tasks.

Not only are these systems often not compatible with each other – meaning they are impossible or too resource-intensive to synchronize – but they are also generally cumbersome for employees to use.

As such, outdated internal business systems without synchronization are often a root cause of information asymmetry, leading to mistakes, disputes, waste, slower decision making, lost inventory, and other unnecessary costs.

Consequently, some companies invest countless millions in creating business systems with a common or shared frame of reference. First and foremost, this is a costly process that merely companies with deep pockets can afford.

In addition to that, it also creates relatively fragile business processes that can either be rendered outdated if new systems without synchronization emerge within the organization, or can halt integration of new necessary systems. As such, businesses can be forgiven for being reluctant to set up synchronization of various business systems.

This is something that Baseline Protocol is looking to solve in a cost-efficient way, by connecting business processes through a blockchain-based “common frame of reference” system. Moreover, Baseline Protocol aims to do this while, at the same time, maintaining the high performance, security, and privacy demands put on internal business processes by enterprise IT divisions.

What is Baseline Protocol?

These three companies first began cooperating back in 2019, on developing a supply chain solution known as “Radish34” dealing with purchase order discount calculation. This project relied on the public Ethereum blockchain and eventually led to the more ambitious Baseline Protocol.

EY and ConsenSys, backed by Microsoft, are behind Baseline Protocol

To put it simply, the Baseline Protocol offers a set of techniques companies can implement in standard ways over various systems, to create business solutions synchronized using blockchain technology.

Interestingly, the protocol will allow enterprises to enable confidential cross-collaboration without transferring sensitive data away from traditional systems, thus safely ensuring it is not exposed on-chain. Moreover, the Baseline Protocol is an open-source initiative, making it possible for an open-source community to help identify and fix problems in the code.

Not only is the Ethereum Mainnet one of the most popular Mainnets in the blockchain sector, but it is also an always-on Mainnet – meaning it keeps running persistently and is readily available. Furthermore, the decentralized nature of the Ethereum Mainnet means that companies cannot arbitrarily be excluded or restricted from using it.

Furthermore, ConsenSys’ Group Executive for Enterprise Mainnet, John Wolpert, has said that he sees the Baseline Protocol’s use of a Mainnet as integral to its appeal. According to Wolpert, thinking about a Mainnet as “middleware” rather than merely the place to record transactions allows for a highly attractive enterprise product.

Wolpert says that this approach benefits from what the Mainnet does well and avoids what a Mainnet is less useful doing. In effect, Baseline Protocol can, therefore, provide confidential end-to-end processes without exposing any sensitive information.

The team behind Baseline Protocol also says that the protocol will feature support for decentralized finance (DeFi) services and tokenization on the Mainnet and in a manner that keeps corporate assets undisclosed to unauthorized parties.

Importantly, the Baseline Protocol can also execute its core use-cases on the existing public Ethereum network at a “reasonable rate” for supply chain operations, B2B interaction, CRM, and other business processes that require coordination. Moreover, Ethereum 2 will further improve this.

How Does Baseline Protocol Work?

The first phase can be described as a peer-to-peer (P2P) exchange of the relevant documents. These are sent securely between the appropriate parties, whether these are different companies or different parts of the same company, and they can then access the documents they will need for working together.

In the second phase, which is known as “baselining a document”, a proof is generated stating that the business process has been completed, and the verification is subsequently stored in the blockchain.

However, this information is also kept confidential even while on the blockchain, seeing as the business process’ terms are written into a zero-knowledge cryptographic construct. This confidential construct is known as a “circuit”.

Finally, in seeing whether two parties have agreed to a contract, the business process rules simply observe whether the two parties have signed. It is also possible to accommodate much more complex use cases with Baseline Protocol by designing more advanced rules and circuits.

Imagine that two companies, or two subdivisions of the same company, will use a centralized solution to organize their interoperability and cooperation. In this case, one of the actors will be the dominant partner in providing the solution and having access to the data.

If instead, the parties choose a third-party solution, this would be costly and still prone to potentially exposing sensitive information. Instead, the Baseline Protocol keeps companies synchronized using the Ethereum Mainnet, but does so in a highly confidential manner.

Are you looking to learn more about blockchain technology? If so, you’ve come to the right place. Ivan on Tech Academy has over 20,000 students already enrolled, and is one of the premier platforms for blockchain education.

Choose among various courses, covering everything from blockchain to crypto, Bitcoin, Ethereum programming, and naturally Baseline Protocol. Best of all, if you enroll now using the exclusive promo code BLOG20, you will get 20% off on your enrollment. What are you waiting for?

So, are there some real-life Baseline Protocol use cases out there? Yes! In fact, there are more high-profile use cases than you would probably ever have been able to imagine. Therefore, let’s look at some of the most well-known uses of Baseline Protocol in enterprise settings.

As such, Coca-Cola is de facto trying out the Baseline Protocol for its bottling business. This is being done to boost transparency and reduce errors relating to “cross-organization supply chain transactions”.

This was announced together with the blockchain IT company Unibright, which touts itself as being “Baseline Ready”, and Provide. Together, Unibright, Provide, and CONA will establish something they call a “Coca-Cola Bottling Harbor”.

Through CONA and Baseline Protocol, Coca-Cola’s bottling business will be able to standardize information between different partners – such as different bottlers – as well as between completely different systems and platforms.

Furthermore, transactions will reportedly be streamlined both between CONA’s external raw material providers and internal bottle suppliers. According to the initial press release, CONA will begin to showcase the results of this trial in Q4 of 2020.

As such, it is clear that the Baseline Protocol presents exciting opportunities for enterprises that both want to streamline their business processes, as well as leverage blockchain technology in an easy way. So, now anytime anyone asks you “what is Baseline Protocol”, you will know that it is a set of techniques allowing businesses to leverage blockchain technology to improve and manage business processes.